“I got good grades in high school and I really wanted to go to the University of North Carolina at Greensboro, but we just did not have the money,” Nash Community College student Kizzie Harrison said. “My Grandmother, whom I adore, kept saying to me, honey you can do more—you would do great in college. But there was just no money.” 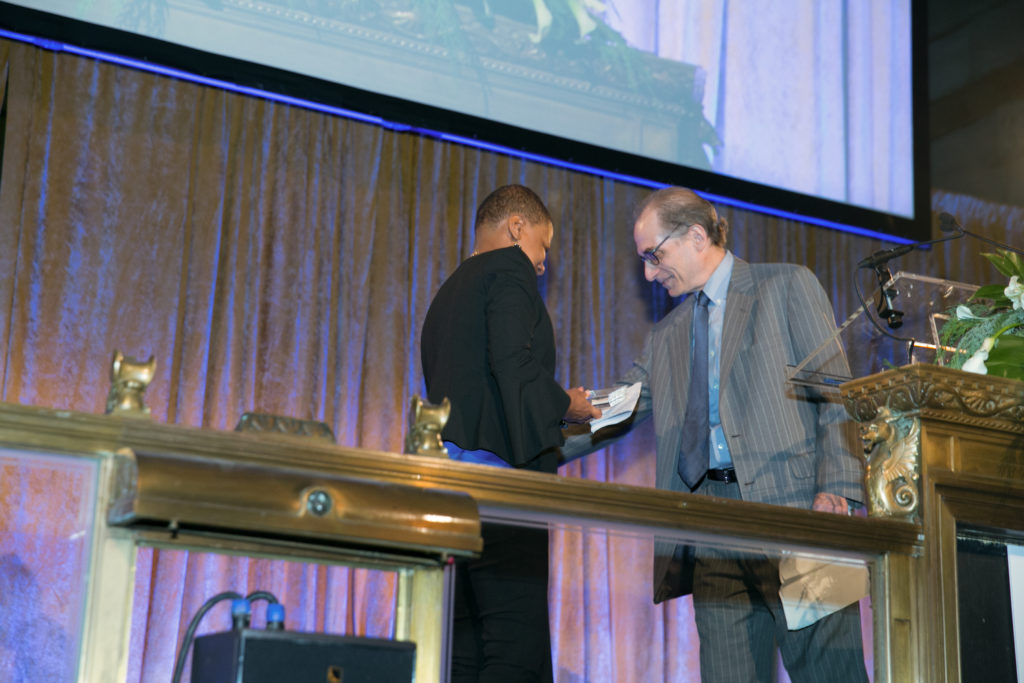 Sarah Crawford, Single Stop National Education Director with Kizzie Harrison and daughters at the 2018 Celebration of the Power of Possible Gala—Innovation to Impact in New York City (Contributed Photo)

Harrison, of Wilson, is a 39 year old mother of three. She has spent most of her adult life as a work-at-home-mom preparing and selling bakery items as a way to earn income while being with her family.

Harrison took a few community college small business classes and decided to pursue a business degree. She enrolled at Nash Community College where she found a community of support – a family of faculty, staff and peers. “People at NCC have helped me through the most difficult times in my life,” she said.

After years of physical pain, and searching for answers, Kizzie Harrison’s young daughter was diagnosed with Crohn’s Disease, an autoimmune disease that affects the digestive system. Balancing her daughter’s chronic illness and pain, medical appointments, dietary restrictions, and eventually surgery on top of the responsibilities and stress that come with being a non-traditional college student and parent made everyday life overwhelming for Kizzie.

“There were many days that I had to leave class because my daughter was in such pain at school. I broke down to one of my professors who recommended I make an appointment for counseling at NCC’s Student Wellness Center.” She described her NCC support system as providing a gentle nudge, encouraging word, and other provisions just when she needed them.

“In the Student Wellness Center, I explained that while we had insurance, it did not cover all of my family’s medical costs. I also needed to pay for books, school, gas, clothes and food. I just did not know how to manage it all,” Harrison said. 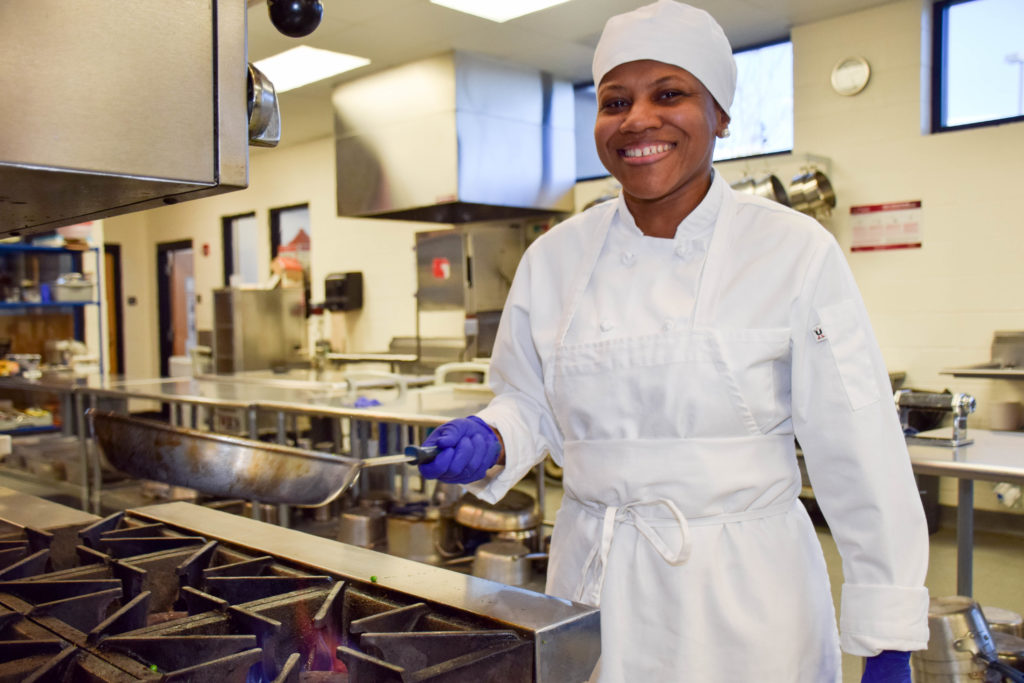 NCC offers no-charge clinical counseling, Single Stop services and Blue Love resources to help students address barriers. The resources, provided in collaboration with partners and financial donors, often allow students to stay in school when their challenges seem to be too much to handle. “That place is a safe haven for students. They do so much good,” Harrison said.

The center has identified more than $4 million in federal, state, and local resources for NCC students since 2016. And, thanks to generous Blue Love Fund donors, Harrison was provided gas cards, food from the food pantry and clothes from the campus clothes closet.

“With the help of Single Stop Assistant Sharon Barnhill, I applied for and was connected with resources that assisted me,” Harrison explained. “She also helped me navigate the application processes to see if I could get assistance with medical bills, and eventually helped me obtain financial support directly from the hospital.”

Since enrolling, Kizzie changed her major to Culinary Arts. She has maintained a 3.2 cumulative grade point average and plans to graduate with her two year degree in May 2019. “Bit by bit, NCC helped me tackle issues that seemed impossible to do alone. I know that I would have dropped out if it was not for NCC,” Harrison said. “They helped me to believe in myself. They told me I could do it… and I am.”

She plans to help others like her daughter who for health reasons have to modify their diet. “I am confident that the knowledge I gain will be applied to help others for many years to come,” Harrison said.

Because of her life experiences, and the support she found at Nash Community College, Harrison was invited to share her story along with her daughters at the 2018 Celebration of the Power of Possible Gala—Innovation to Impact on Monday, November 26th in New York City. “It was an incredible experience – one I will never forget,” she said. “My favorite moment was when the chef came out to meet me and my girls and then took me behind the scenes where an army of chefs was preparing dinner for the nearly 800 guests.” 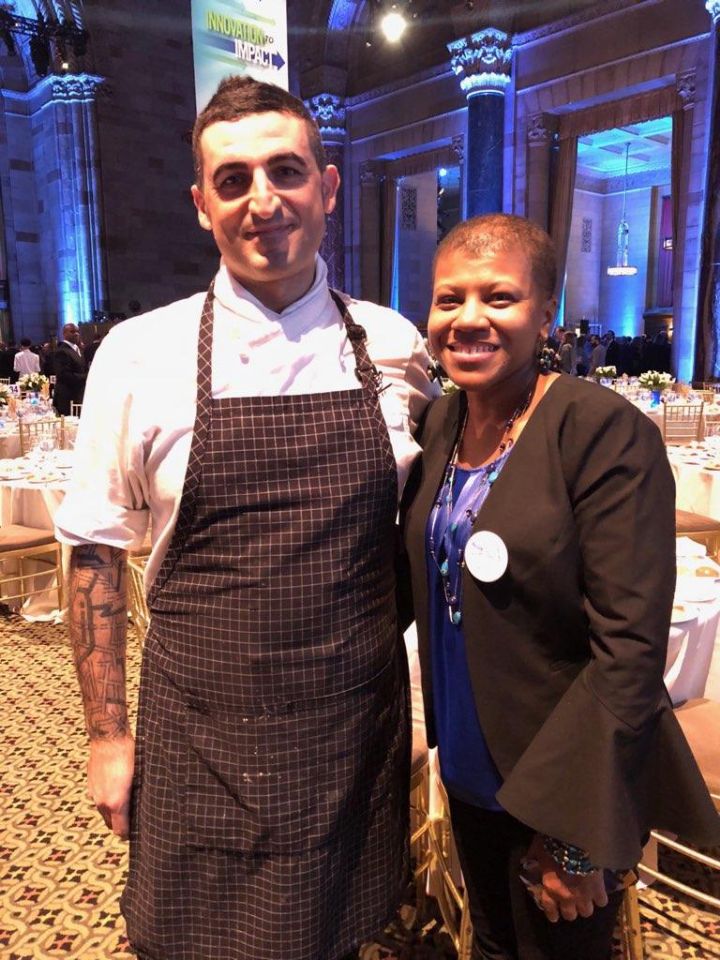 The event was sponsored by Single Stop and The Fedcap Group, organizations dedicated to advancing the economic and social well-being of impoverished and disadvantaged individuals. Harrison was the only student nationwide to be selected to speak at the gala.