Robert Connelly’s desire to serve led him to enlist in the United States Marine Corps and now has him pursuing an Associate Degree in Nursing. After serving for eight years as a United States Marine working during combat on amphibious assault missions, Connelly returned home to pursue a career in nursing. “When I finished my military duties, I worked in a couple of corporate roles and really saw nursing as an opportunity to make a difference. My dream is to one day work in the Emergency Department in a VA hospital,” Connelly said.

Connelly, of Nashville, has been married for 18 years and has two children. He plans to graduate from the Nash Community College Associate Degree Nursing program in May 2014. “The military prepared me to work hard, but this program is tough,” he said. “The faculty and staff are here to help. The environment is comfortable and I like that I can walk into anyone’s office and they make time to help me.”

Nash Community College was recently awarded the Military Friendly Schools distinction, however according to the college’s Veterans Officer, Sonya Small, being Military Friendly is not just about the certificate, but also about the commitment to assisting and advising each veteran in every step as they complete their program of study and continue their success. “When military members depart from their respective service, we want Nash to stand out in the forefront to be the institution to meet their individual needs,” Small said.

The 2014 Military Friendly Schools list honors the top 20 percent of colleges, universities and trade schools in the country that are doing the most to embrace America’s military service members, veterans, and spouses as students and ensure their success on campus. The colleges, universities and trade schools on the list exhibit leading practices in the recruitment and retention of students with military experience. The schools have world-class programs and policies for student support on campus, academic accreditation, credit policies, flexibility and other services to those who served.

“Being a Marine means having a lifelong brotherhood with anyone who ever served in the Corps and having an unspeakable sense of pride and honor that nothing can ever take away,” he shared. Connelly said if he could offer advice to other veterans seeking educational opportunities after returning to civilian life, he would tell them to talk to their local VA representative. “See what they have to offer. It can be frustrating, but you should take advantage of the benefits you have earned. I am thankful I decided to return to school and I am glad I chose Nash,” he said. “Give it your best. Stick with it. You’ll get out of it what you put into it. Don’t be afraid to try, even if you try and fail.” For more information, call 252-451-8261. 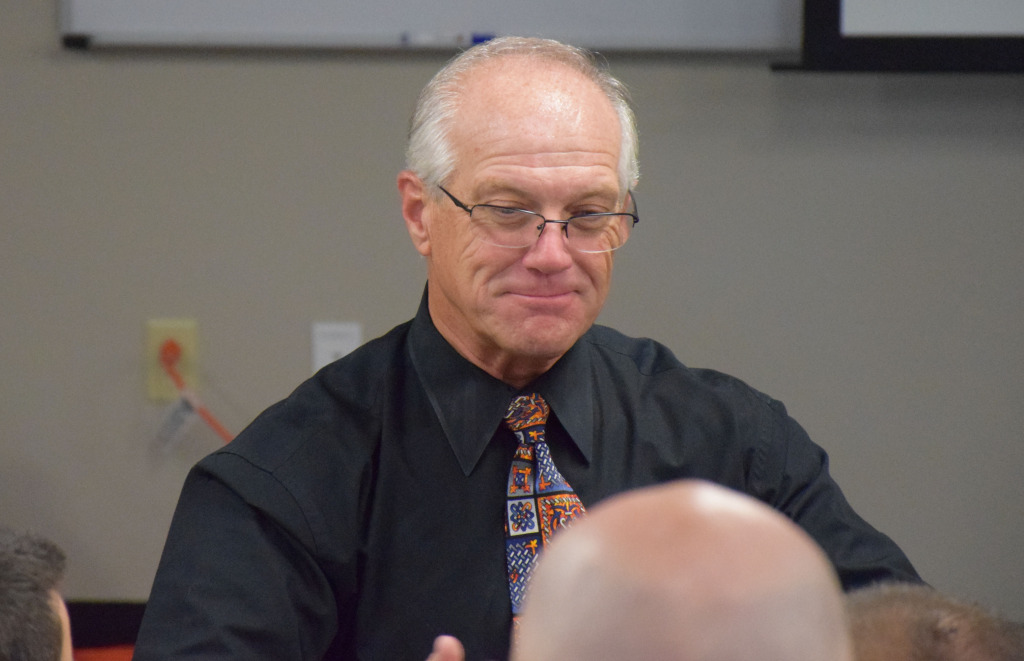