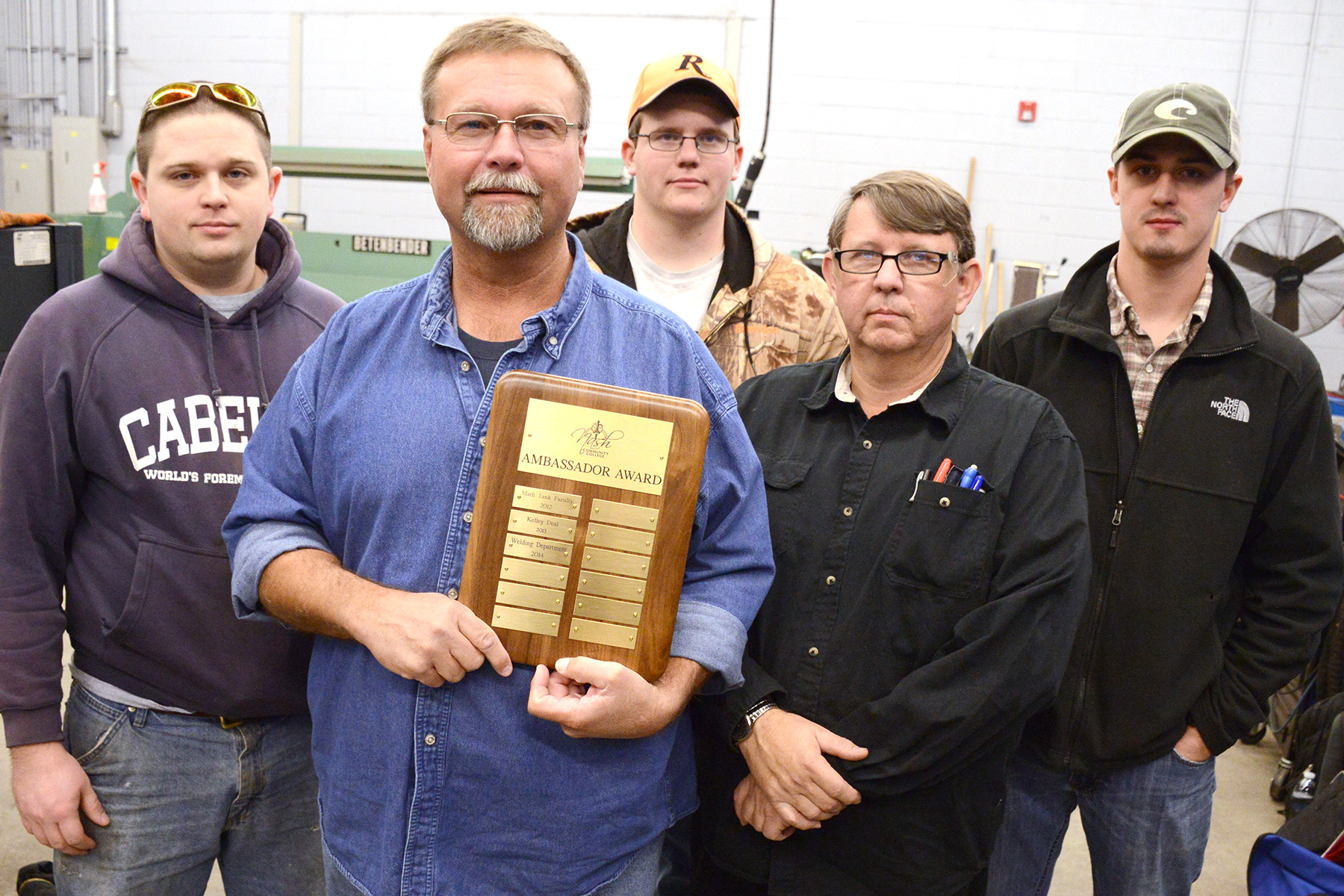 The Welding Department at Nash Community College was named recipient of the 2014 Ambassador Award.  This award is presented annually to an individual or group for representing the College in the surrounding community with superlative regard.
Welding Instructor, Jay Manning, stated, “On behalf of the Nash Community College Welding Department, I would like to say how honored we all are to be recipients of the 2014 Ambassador Award. Our department puts forth an effort to show our dedication to the College and commitment to the students. It is nice to be recognized for these efforts.  We are encouraged to continue our endeavor for excellence.”
The Welding Department has contributed in many ways to the College campus with metal artwork, including a giraffe, celestial designs, garden decor and an over six foot tall, painted, gaming jack in honor of the College’s first President, Jack Ballard.
Manning and his department colleagues, students included, have won notable recognition in state and nationwide competitions. The department has held the top ranking position for the past two years for the SkillsUSA competition; an organization consisting of a partnership of students, teachers and industry working together to ensure America has a skilled workforce. Participating as the host location for last year’s American Welding Society competition and placing both first and second in the events held are other achievements the department holds. Welding students pictured from left: Matthew Barfield of Rocky Mount, Instructor Jay Manning, Brandon Abbott of Castalia, Ervin Catlett of Castalia and Darrin Manning of Pinetops.