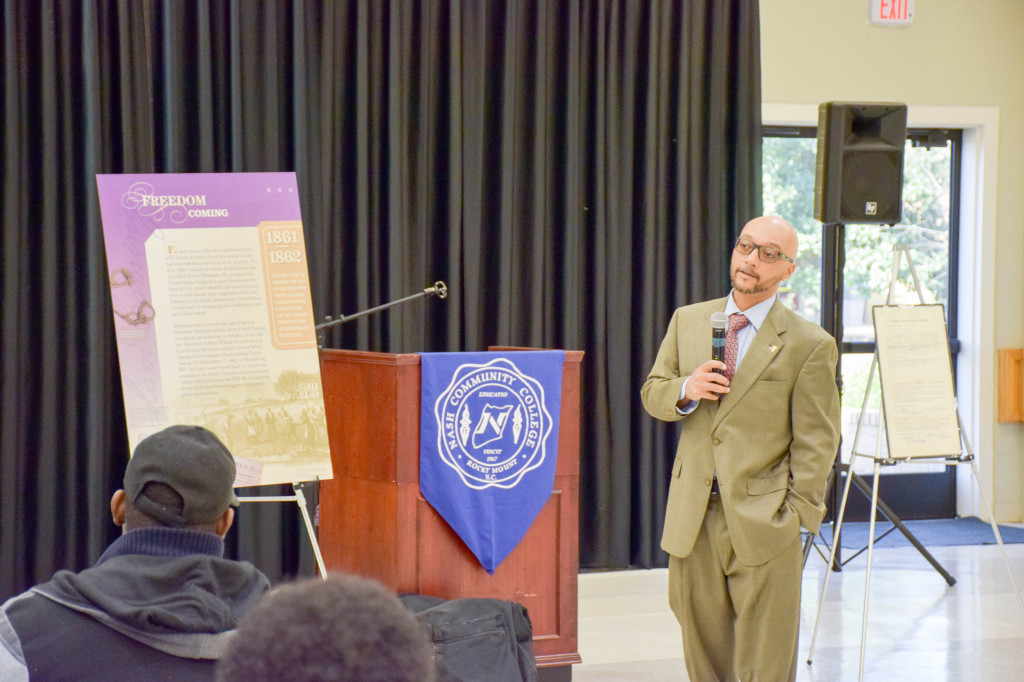 As part of the Diversity Month events at Nash Community College, Earl Ijames, Curator for North Carolina Museum of History presented “Colored Confederates” for NCC students, faculty and staff. The film is a culmination of Ijames’ research project documenting the roles of enslaved and free people of color who served in various capacities in the Confederacy and the Confederate Army. Using primary and genealogical sources, the presentation conveys the significance of Confederates of Color before the Emancipation Proclamation and after the creation of the United States Colored Troops.  The project led to the first monument in American history in honor of Confederates of Color.