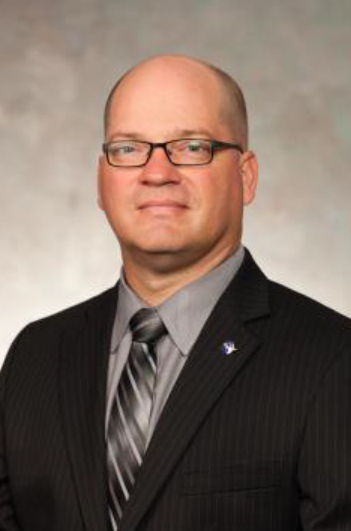 Nash Community College alumnus Chad Brown recently offered insight into his time at NCC and the decisions that propelled his career forward.

Brown graduated from Southern Nash High School in 1987 and “had no plans for college,” he recalls. He held a few jobs including pest control and pizza delivery before landing a machinist position on third shift at Bendix in Rocky Mount.

For 10 years he continued work as a machinist. “I hit a plateau as a Manufacturing Engineer at Honeywell Aerospace working in production machining, sub-assembly, and integration testing. I could not proceed any higher in my career without an education,” he said.

Brown enrolled at NCC in the college transfer program at the recommendation of his peers at Honeywell. He graduated with honors in 2002 with Associate in Science and Associate in Arts degrees. He transferred to North Carolina State University where he excelled as a Dean’s List student, member of Pi Tau Sigma International Mechanical Engineering Honor Society, research assistant for the National Collegiate Inventors and Innovators Alliance and a student member of the American Society of Mechanical Engineers.

“I encourage students to take as many engineering and transfer courses at NCC as possible before going to the next level,” Brown said. “The benefits of a smaller class and one-on-one exchanges with the instructors at NCC versus a four college are immeasurable.”

In 2004, he graduated from NCSU with a bachelor’s degree in mechanical engineering, with honors. Upon graduation, Brown began his career at Kennedy Space Center in Florida and has contributed to major NASA programs, including Launch Services, Constellation, and Ground Systems Development and Operations Programs.

Today, he serves as the Advanced Planning and Payload Technical Integration Manager for the Exploration Ground Systems Program. Brown assists with planning and development of facilities, ground systems, test and verification strategy, logistics, and prelaunch, launch, and recovery operations for NASA’s Space Launch System and Orion Programs. He is responsible for the technical integration of payloads on the Space Launch System including Gateway and Human Landing Systems, in support of the Artemis mission to return humans to the moon. Additionally, he handles integration, assessments, and advanced planning for other future NASA missions like Europa Clipper.

Recalling his time at NCC, he says instructor Amanda Lee’s Public Speaking was a class that made a profound impact on him. “I learned how to present myself from that class forward,” he said. “Public speaking is far more than learning how to give a speech. It’s how you market yourself each time you speak. Learning to be a persuasive speaker early in one’s career will pay dividends throughout your professional and personal life.” Lee now serves as president at Bladen Community College.

Brown grew up just outside of Bailey, NC where his father and other family members still reside.