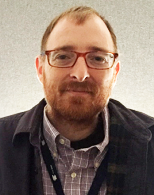 If you’ve ever been playing by a creek or turned over a wet log, you may have come across an Ambystoma tigrinum, Desmognathus fuscus, or Gyrinophilus porphyriticus, otherwise known as salamanders. After reading “The herpetological legacy of Jacob Green and the nomenclature of some North American lizards and salamanders”, you’d know that those are the names of the Tiger Salamander, Northern Dusky Salamander, and Spring Salamander, respectively.

Co-authored by Nash Community College Lead Researcher, Dr. David Beamer and George Washington University Department of Biological Sciences Associate Professor, Dr. Alexander Pyron, the paper delves into the research of Jacob Green. From 1818 – 1831, Green published a series of nine papers on lizards, salamanders, and snakes, and is credited with authoring many of the names and descriptions of several salamanders in the eastern United States.

A watercolor painting of Salamandra longicauda Green, 1818 by Titian Peale, dated 1819 (Mss.B.P31.15d.149b). This may represent one of Green’s original specimens. The margin notes in pencil (cropped from the original) read “4 ¾ inches long,” “Pittsg [Pittsburg?] May 1st 1819,” and “n° 4.” Courtesy of the American Philosophical Society.

The collaboration, part of a National Science Foundation (NSF) grant, is seeking to resolve most issues related to the naming of salamander species. “The seeds of this collaboration were literally started on my first day at Nash Community College in 2010. After my first class, I drove to New Jersey for a meeting about molecular dating and divergence methods at Rutgers University. At this time I had just completed the main analysis that formed the core of my dissertation. The results spanned a couple of printouts and Alex, my collaborator on this grant, after viewing it got a little interested,” Beamer explained.

About a year later, the pair had further discussions about putting together a research proposal which would be presented to the NSF. “Alex had some existing funding which was used to collect a preliminary dataset and in conjunction with my dissertation set we developed a pre-proposal,” Beamer said. The full proposal, “Collaborative Research: Genome-Scale Phylogeographic Analysis of Desmognathus Salamanders”, was submitted and accepted by the NSF in 2016 with full funding established in 2017.

A pencil sketch we suggest is of Salamandra tigrina Green, 1825a by Titian Peale, dated 1819 (Mss.B.P31.15d.150b). This may represent the holotype, which was a living pet of Peale’s, and of which Green 1825a notes Peale “has made a very accurate drawing.” Courtesy of the American Philosophical Society.

After reviewing Green’s findings and other major natural history collections, the collaborative effort revealed a different story with respect to how salamanders are viewed as a species. “Basically we have had it all wrong with regards to the number of species and how they are related,” Beamer said.

During Green’s era, science often did not have a good handle on species in the United States and even less was known about salamanders. And at this time, communication of scientific findings at meetings and even in publications was nowhere near as efficient as it is today. As a result, multiple people described the same species again and again because they were unaware of the earlier publication. In Green’s case, he himself described the same species multiple times because the salamanders studied are extremely variable and hard to identify.

Through the genomic work of the two researchers many of the mysteries about what names are valid and which should be applied to a species have been resolved. “This particular paper was based on a lot of detective work reading through papers from the 1800’s and looking at specimens from the 1800’s in museums and trying to find “matches”. At the same time we are integrating the insights gained from our genomic work into the speciation process,” Beamer stated.

Upon the completion of an additional paper, the duo will be ready to write revisions and establish a modern understanding of species in the study system.

“Our collaboration stretches back almost a decade at this point, but my dataset that we used to help shape the project began when I started my Master of Science at East Carolina University in 2001. Science takes a long time,” Beamer continued.

To read the paper in its entirety, visit here.