During the virtual event, students and alumni discussed their higher education stories to help future students gain valuable insights about their experiences. In addition to Johnson-Graham, the panel included a medical student, student government leader and an Ivy League student. Each panelist explained how NC community colleges helped set them each on a successful path. 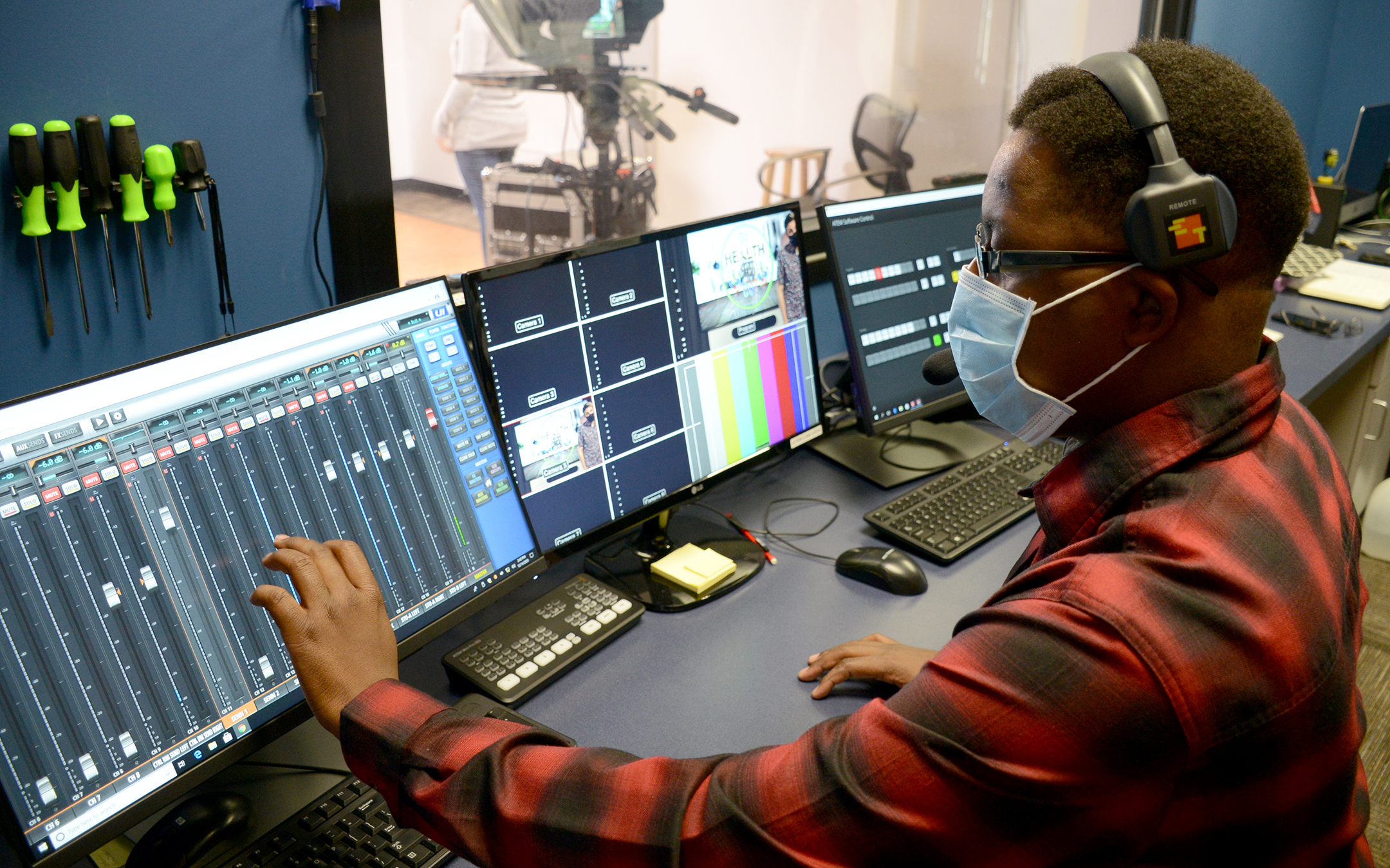 Johnson-Graham was selected as a participant because of his experience as a graduate of Nash Community College and East Carolina University, and now a current NCC student.

When asked about his experience as a young, African American male community college student, Johnson-Graham encouraged college instructors to promote in-depth discussions in the classroom. “Ask young black men for their perspective as African American males in America,” he urged. “We’re at a time where black people can share their experiences in the classroom without backlash. As students, we see this is as knowledge. We like learning from our classmates just as much as learning from our instructors.”

“I chose to start my higher education journey at Nash Community College because I didn’t know where I wanted to go or what career I wanted to consider,” Johnson-Graham told attendees. “So I decided to start taking general education courses at NCC first.” 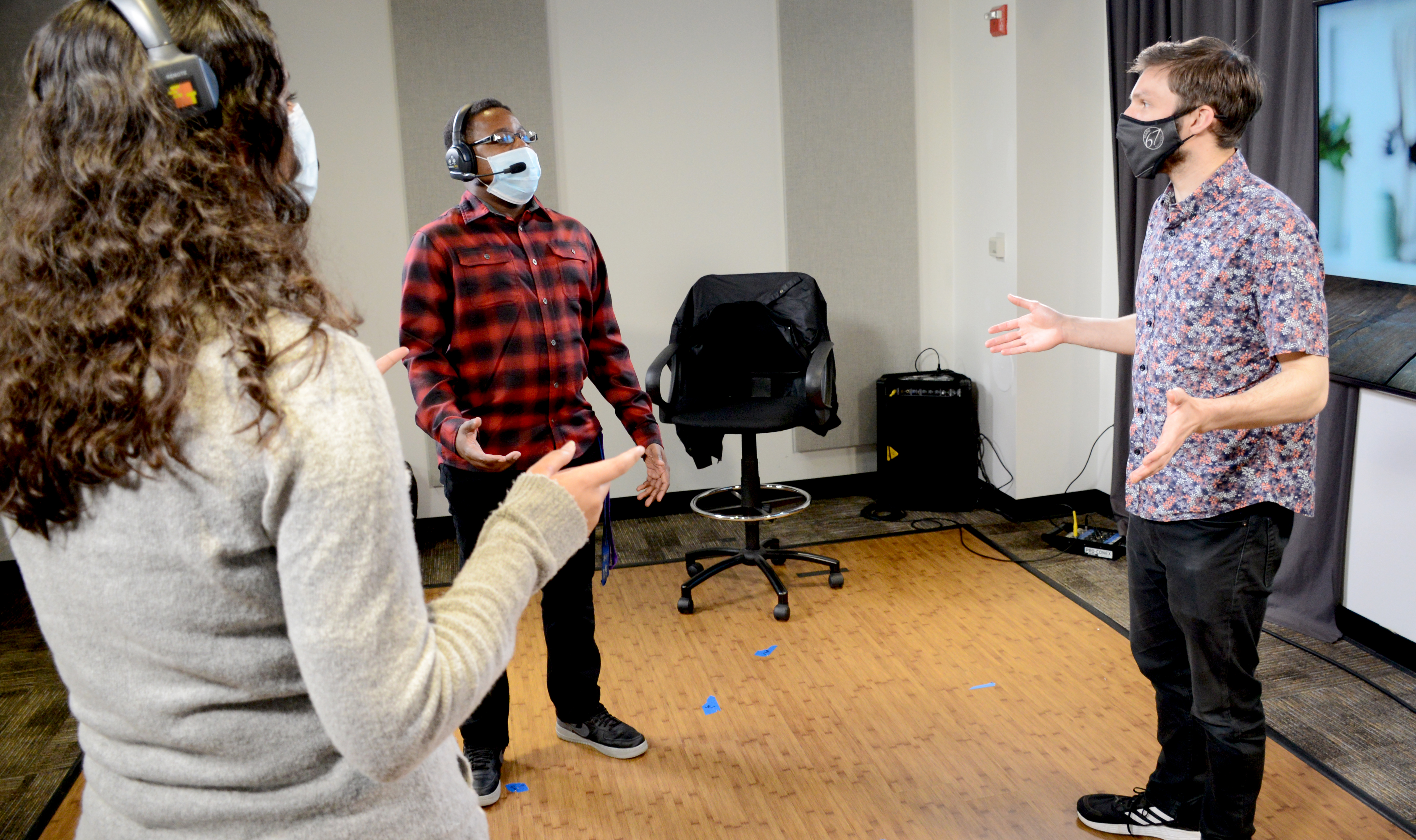 Johnson-Graham’s time at NCC began in 2016 when he enrolled as an Associate in Arts (transfer) student. “Nash was everything I thought it would be. It allowed me to save money while deciding what I had a love for. At NCC, I found my love for production.”

“I chose to transfer to ECU because I knew they had one of the best communication programs in the state and I wanted to be a part of the Pirate Nation,” he said. “Also with two younger siblings and a single mom I wanted somewhere that was family-oriented and close to home so they could visit.”

In 2018, Johnson-Graham graduated from NCC and transferred into East Carolina University’s School of Communication where he was active in a transfer living and learning community, served as an ambassador, wrote for the ECU student newspaper and completed an internship with a multimedia company.

“Once I graduated from ECU I knew that I wanted to be doing what I loved and that was radio and TV production,” he said. With an Associate in Arts and Bachelor of Arts in Communication under his belt, Johnson-Graham re-enrolled at NCC. 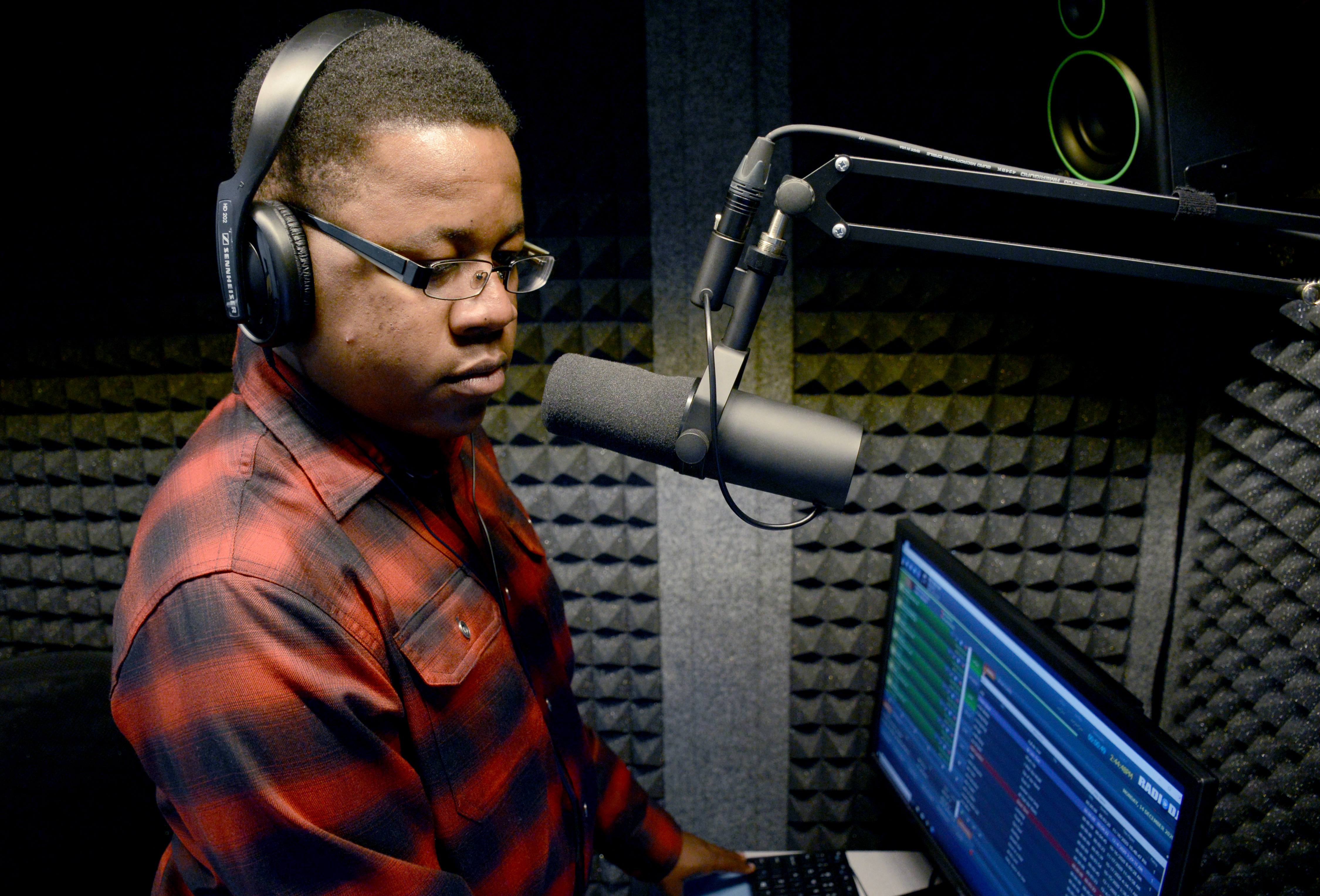 “Xavier’s experiences at ECU matured him personally and professionally,” NCC Broadcasting and Production Technology Instructor Andrew Small, said. “He’s taking the communication theories and applying them to the technical aspects of our profession. It really shows in the classroom and lab, especially in the way he approaches learning the material and his participation.”

His internship at a local radio station fueled his fire to learn the technical side of production. “He grasps the software, studio terms, and hardware quickly,” Small said. “He has a talent for mixing, with a creative passion, and I’m hoping to foster that.”

“My dream is to become a multimedia producer and host,” Johnson-Graham says. “I also want to be able to write, produce, and direct TV and radio programs. Once I have completed the broadcast program I will be looking for a job in the media production field.”

“As an instructor, when a student like Xavier walks in, it makes you comfortable. You look forward to seeing them,” Small continued. “He is naturally inquisitive. You can always see the wheels turning in class and in lab. He routinely hangs out after class to chat about something we have learned or to talk with the Studio producers about their current projects. That shows us that he takes what he is learning to heart and this is not just another degree.”

Johnson-Graham said his favorite part of the program is the hands-on approach applied in teaching. “I love being able to walk into the studio at Nash and being able to learn about and use the equipment I will be using in a real-world setting and career.”

“The professors and staff at NCC really care for their students and want to see them succeed. The campus feels like home. It was one of the first places I have felt like I was accepted as an African American male.”

Xavier Johnson-Graham is a native of Rocky Mount. He graduated from Rocky Mount Preparatory School. He is a recipient of the Georgia Davis Roberson Memorial Scholarship at NCC.

To learn more about the BPT program, visit www.nashcc.edu/bpt. To listen to the full panel discussion, click here.