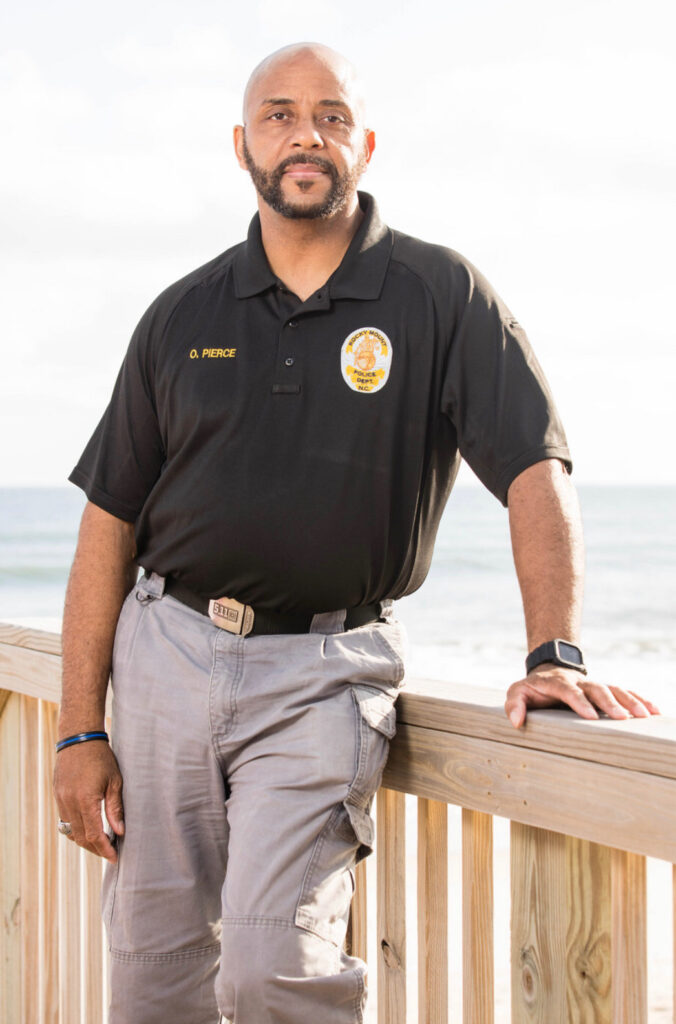 Every journey has a moment or two when we all wonder if the effort is worth the struggle.

For Nash Community College alumnus Orah Pierce, overcoming the naysayers has led to many great achievements. Being told he would “never amount to anything” had a profound effect on his psyche.

“I grew up thinking that I was worthless and useless because I heard this from so many people. It was bad enough from people I considered friends, but to hear it from family members is where it hit the hardest,” said Pierce.

“I took all of this bad energy and started living the life they said I would until several things happened to make me think and feel better about myself,” explained Pierce. He joined the Navy and started learning about confidence and character, which he says was the foundation to becoming the man he is today. “I am very grateful to the Navy and loved every moment of my time enlisted,” he continued.

After an honorable discharge from the Navy, Orah began the next chapter of his life becoming a Rocky Mount police officer. The position allowed him to build on the character and integrity he developed while in the Navy. His passion for service and helping others led him to an opportunity as a School Resource Officer. “I love seeing young people achieve their goals in life,” said Pierce.

Wanting to pursue a bachelor’s degree in criminal justice, he enrolled at Strayer University. “I did that for over a year and a half before transferring to Nash Community College where I instead earned my Associate Degree in Criminal Justice Technology,” stated Pierce. “This was both a personal achievement and an opportunity to show students at the school that if I could do this, they could too.”

His wife, Dr. Viola Pierce, has always had his back he said, and encourages him to keep pushing to reach higher and higher. “Just being around her makes me want to be a better man and role model,” said Pierce.

“I enjoyed my time as a student at Nash Community College and I will always be grateful to the instructors and staff who helped me out. It is a great college and I am sure I will be taking more classes there,” explained Pierce. Now enrolled at UNC Pembroke, he is working on a Bachelor’s Degree in Criminal Justice.

Juggling work, school, and family life, he learned, was not easy. “If you stick it out and keep pushing, the reward is greater than the struggle,” said Pierce. “If all that is worth doing was easy, everyone would be doing it.”

As a self-described “country boy,” Pierce recalls a life lesson he learned when he and his friends wanted to cool off in a stream or a creek. “If water is sitting still, it’ll start stinking up the place, but flowing water always smells and tastes fresh!” With this philosophy in mind, he said he keeps pushing and keeps flowing.