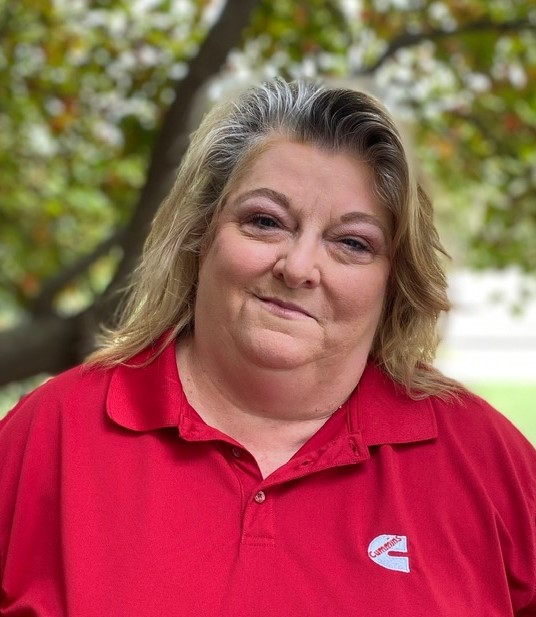 “I remember orientation day,” Nash Community College alumna Theresa Bohren said. “Professor Pitt asked the audience if anyone hated math. I was the first one to raise my hand.” NCC Math Department Chair and Professor Dina Pitt told students by the time they finished their program of study, they would love math. Bohren said she laughed when she heard those words knowing that would not be the case for her.

“My goal as math faculty is to let people know that at Nash Community College, they can learn math,” Pitt said. “So many people are afraid of math. And many of our students have not studied it in decades. They need to know they can do this. We can do this together. There is a place for them here. We are here to help.”

Bohren said she was told at an early age she would never be able to do math so she did not even try. “On my Math Placement test, I did so badly that they placed me in the lowest level class,” she said.

In her first Math course at Nash, she recalls feeling lost, frustrated and confused. “Mrs. Pitt kept telling me that I could do it. I kept saying no, I could not do it. We battled over this for a while, but then I realized something… Mrs. Pitt believed in me when no one in my life ever did, not even me.”

With hard work and the encouragement of NCC faculty, Bohren passed her math classes. “I literally danced out of the classroom.” She needed the required math courses in order to complete her Business Administration degree, which she obtained, with honors, in May 2018. “Walking across that stage, I was so proud of myself.”

But Bohren was not done. She returned to NCC to pursue her Supply Chain Management degree. “In my second semester, I was awarded an internship at Cummins and my life really started to change for the better, she said. “Opportunities kept presenting themselves and I took them. Cummins was paying for school, which allowed me to also begin classes for an additional degree.”

In May 2020, Bohren was awarded NCC’s Supply Chain Management degree, with honors. Three months later, she was hired as a full-time VPI Planner at Cummins in Rocky Mount where she is learning and growing in her career. Bohren is part of a team that builds prototypes for new and improved engine designs at the plant.

During her time at NCC, Bohren was the recipient of the Phi Theta Kappa Scholarship and the Henry N. and Sidney T. Davenport Educational Trust Scholarship. She also served as Chapter President for NCC’s Beta Upsilon Delta Chapter of Phi Theta Kappa Honor Society.
“Theresa motivated others in the honor society to participate, and she enthusiastically guided the chapter to Five Star status at the international level consistently during her term,” advisor and English Professor Robin Latham said. She participated in the Carolinas Region of Phi Theta Kappa. As a graduate, Theresa serves in the Alpha Omega Carolinas Region Alumni Association and continues to assist NCC’s chapter with projects and mentoring members.

Theresa returned to the classroom and completed her third associate degree at NCC in May 2021. “The 2020-2021 school year was the toughest for me personally and emotionally because I lost two family members unexpectedly,” she said. “But even through the adversity, I made it. I earned my Associate in Arts in College Transfer, with honors.” The curriculum prepares students for transfer by developing a breadth of outlook and contributing to balanced development. The degree is a great complement to specialized training received for a profession in a particular field of study.

Bohren is currently enrolled at North Carolina Wesleyan College in the Supply Chain Management four-year degree program. She is taking logistics, supply chain management and core business skills courses exploring the business of transportation, distribution and warehousing operations within corporations.
“I plan to graduate from NCWC in May 2023. I hope to move up the ladder at Cummins and I have also been thinking about earning the credentials needed to teach at NCC in the evenings.”

From Homeschool Student to Math Major