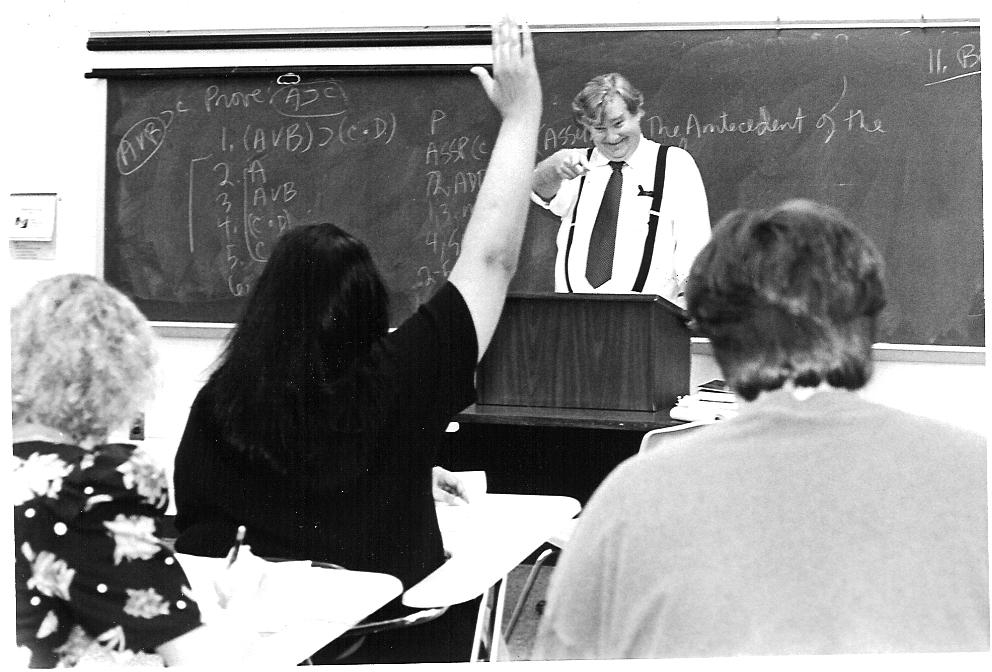 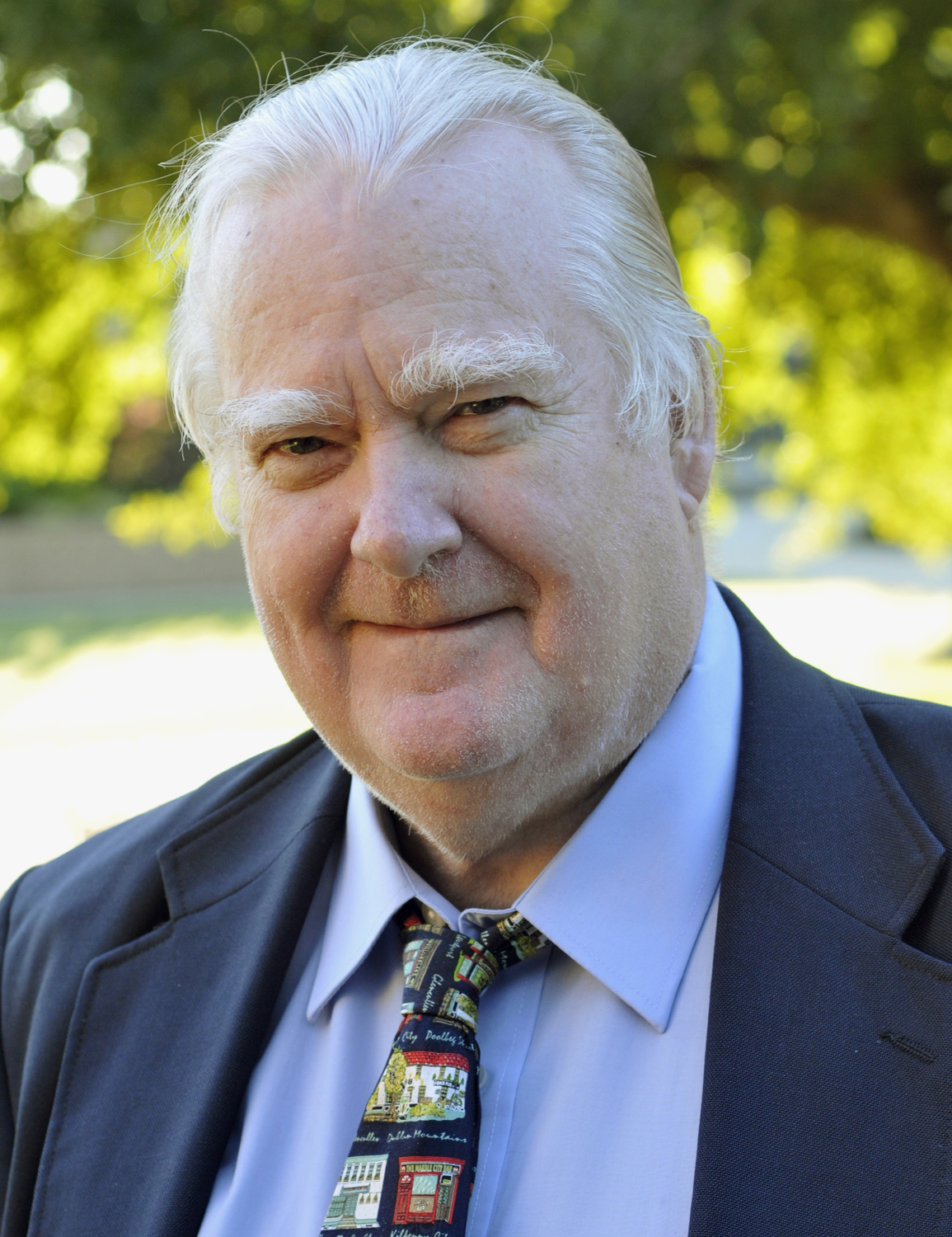 Nash Community College held a special memorial service on Thursday, May 12, 2022 for current and former students, faculty and staff to honor the memory of professor emeritus Dr. David West.

Dr. West passed away on April 22, 2022 at the age of 76. West was a dynamic and award-winning psychology professor who influenced countless students in his 33-year career at NCC. His wit, intelligence, affability, sense of humor and gleeful laugh will be missed by all who knew him. 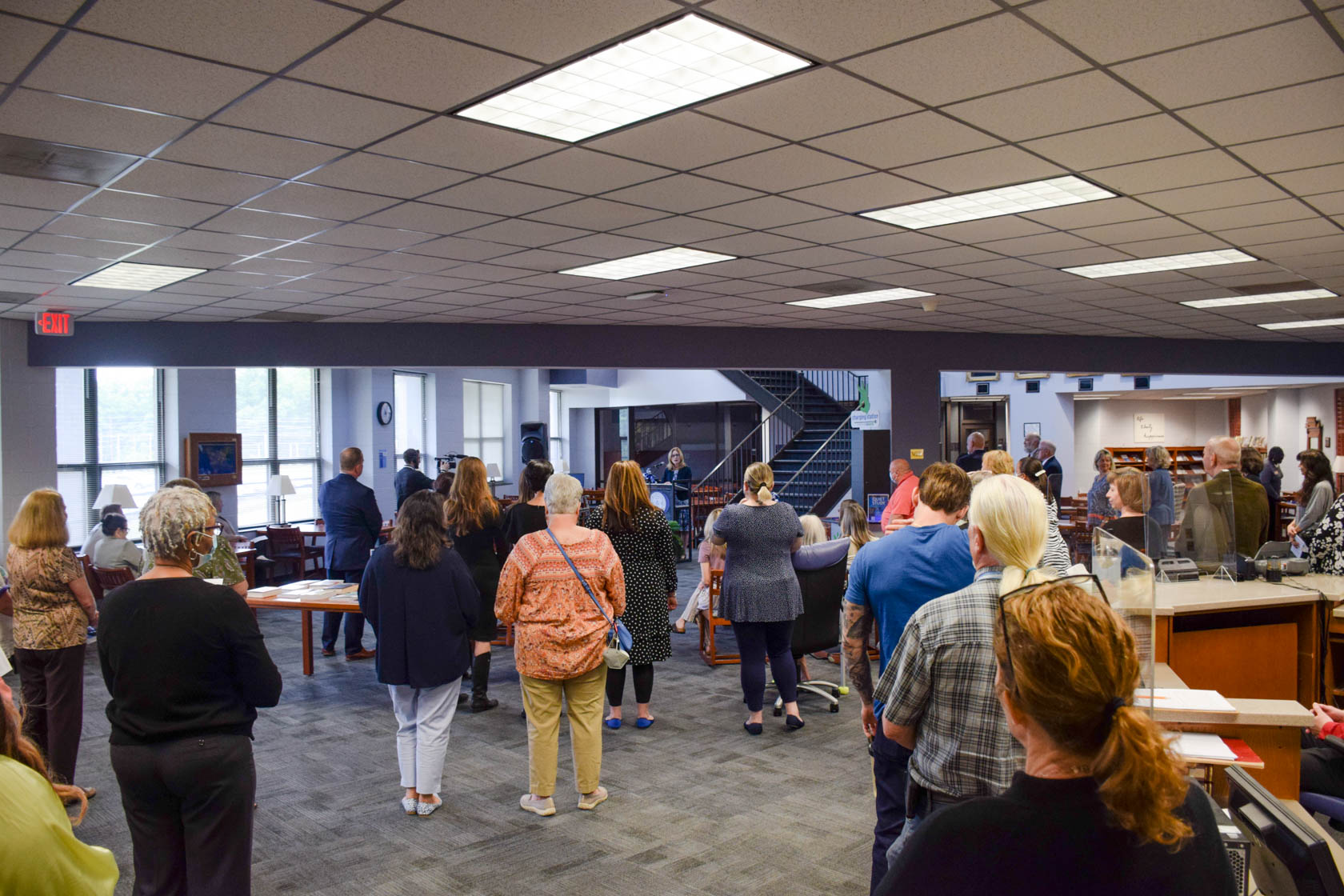 “I had the honor to work alongside Dr. West,” Department Chair, Humanities & Social Sciences Lisa Cooper said. “Always gracious and kind with an unmistakable laugh and style of his own.” Quoting Maya Angelou, Cooper said, “I’ve learned that people will forget what you said, people will forget what you did, but people will never forget how you made them feel.’ I think we can all agree Dr. West made us feel happy, unburdened, lighter, and special. Very special,” she said. 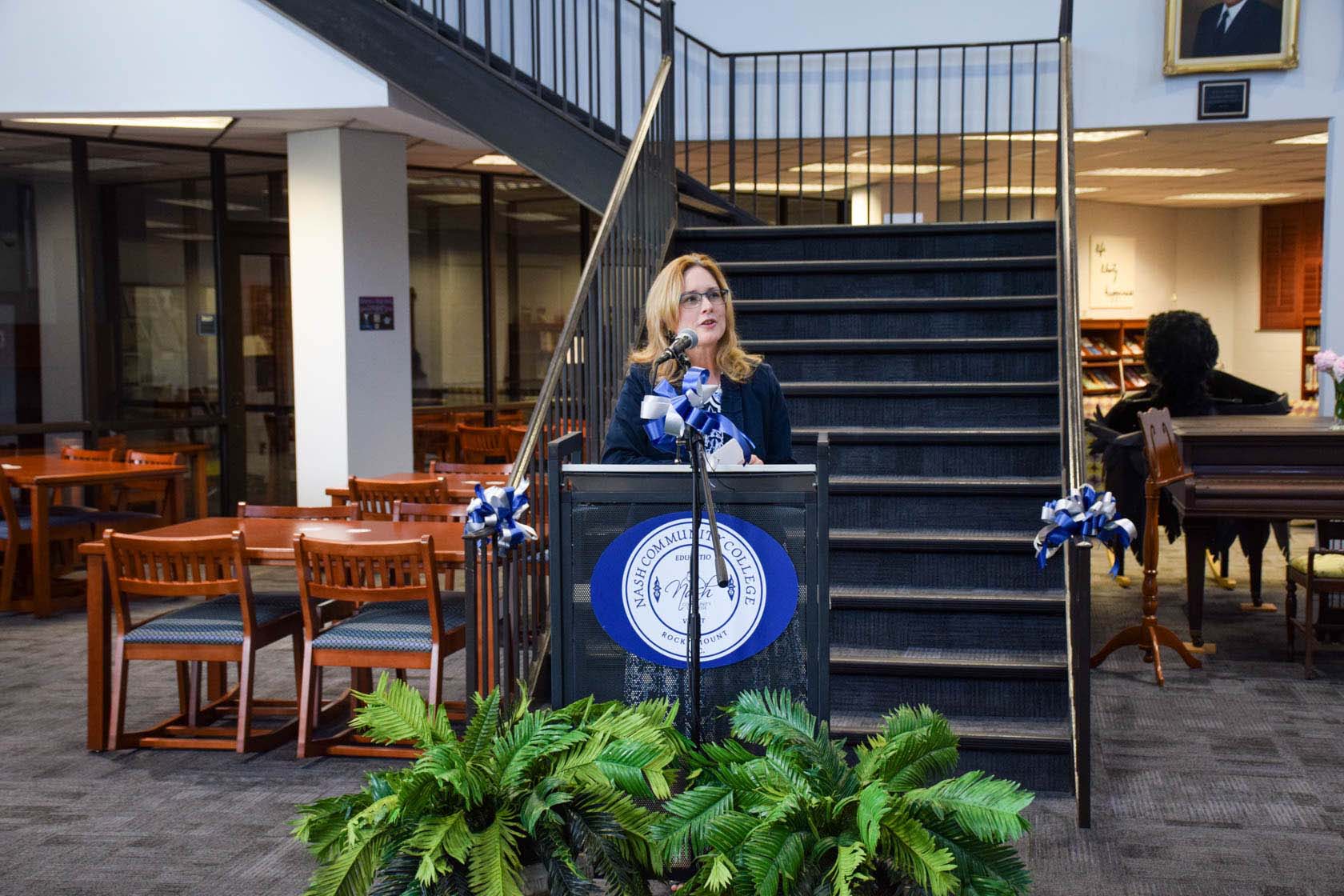 History professor, Dr. Jay Peacock recalled memories of West. “Dr. West had that remarkable ability to connect. He left an enormous imprint on Nash County and if we could do an impact study on how many lives David West touched in a positive way, it would have to be in the tens of thousands.” 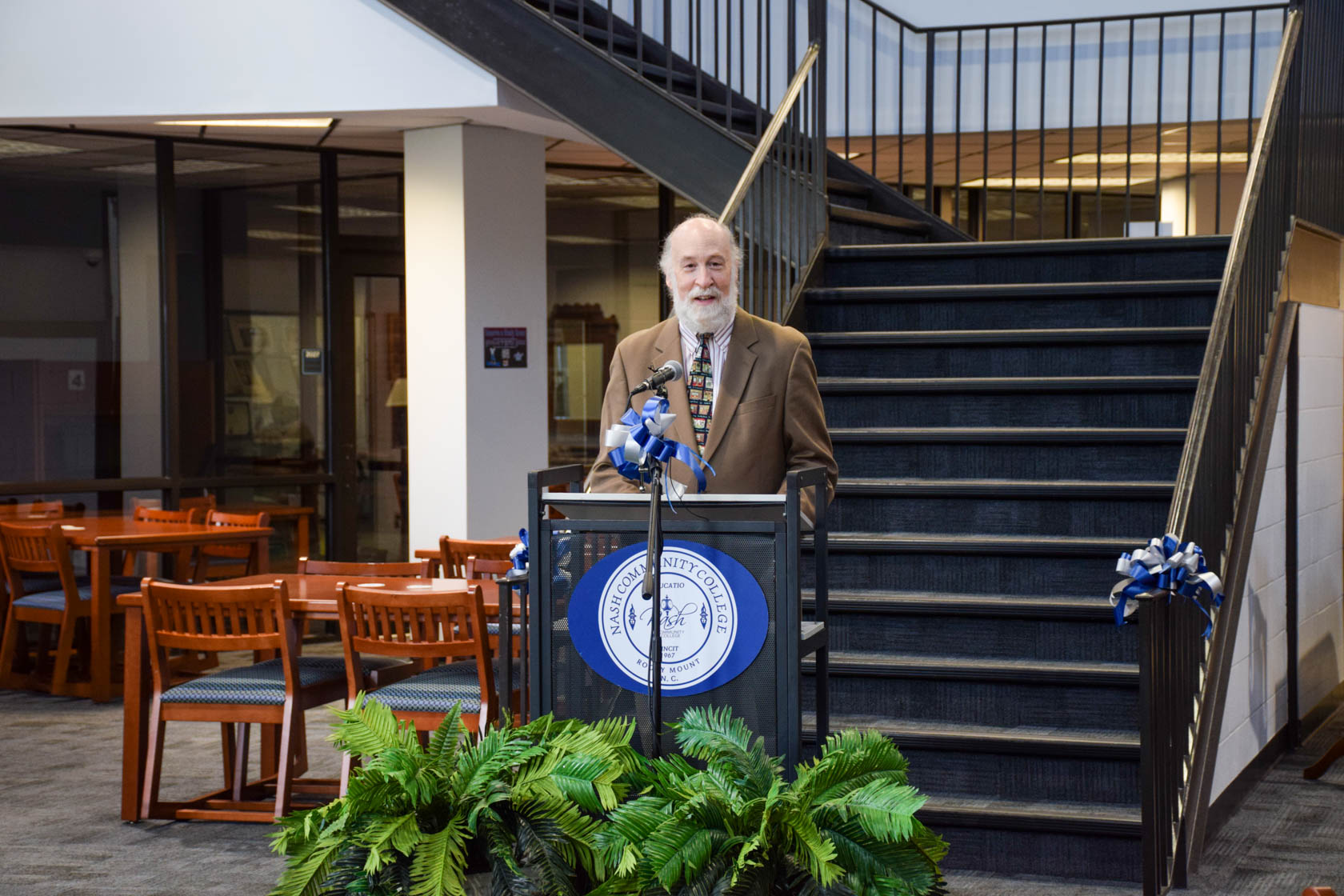 “Anyone who knew him remembers one of the most distinctive things about him… that laugh,” Vice President of Student Services, Mike Latham recalled. “If you were having a bad day, it just made you feel better.”

“He was a great teacher, possibly the greatest teacher I’ve ever know,” Latham continued. “He had literally generations of adoring students. He was also a great teacher to his colleagues. Each and every one of us who knew him learned something from him and gained from it. He was my greatest advisor and mentor early in my career.”

“And his laughter was the greatest thing,” O’Boyle said. “I mean, you can almost hear it. If you just get really quiet, you can probably picture David and picture a time when he really picked you up. You didn’t go in and say, ‘Doc, I need some counseling,” but man you left feeling like you’d had counseling.”

West began working at NCC in 1982 and retired in 2015. He earned a bachelor of art in Psychology, with high honors; and master of art and doctor of philosophy degrees in Educational Psychology from Michigan State University. He also completed graduate studies at the University of Georgia and the University of Minnesota in Art History and Psychology.

Following the memorial service, a dedication ceremony was held to celebrate the naming of “Professor Emeritus Dr. David B. West Memorial Classroom” in room 4216 on the second floor of Building D at NCC. 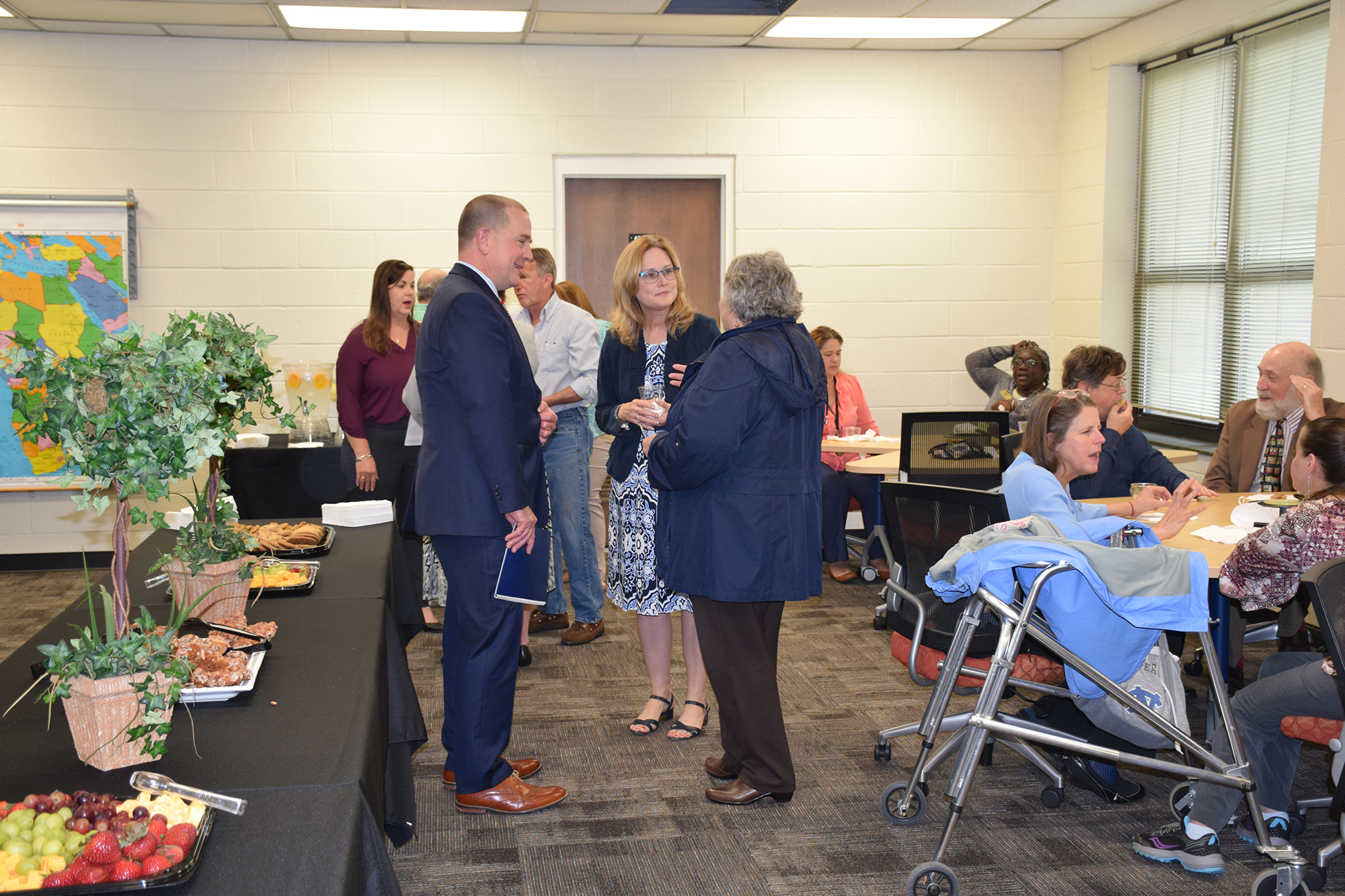 Individuals who wish to share a memory or tribute may do so on the electronic memorial wall.