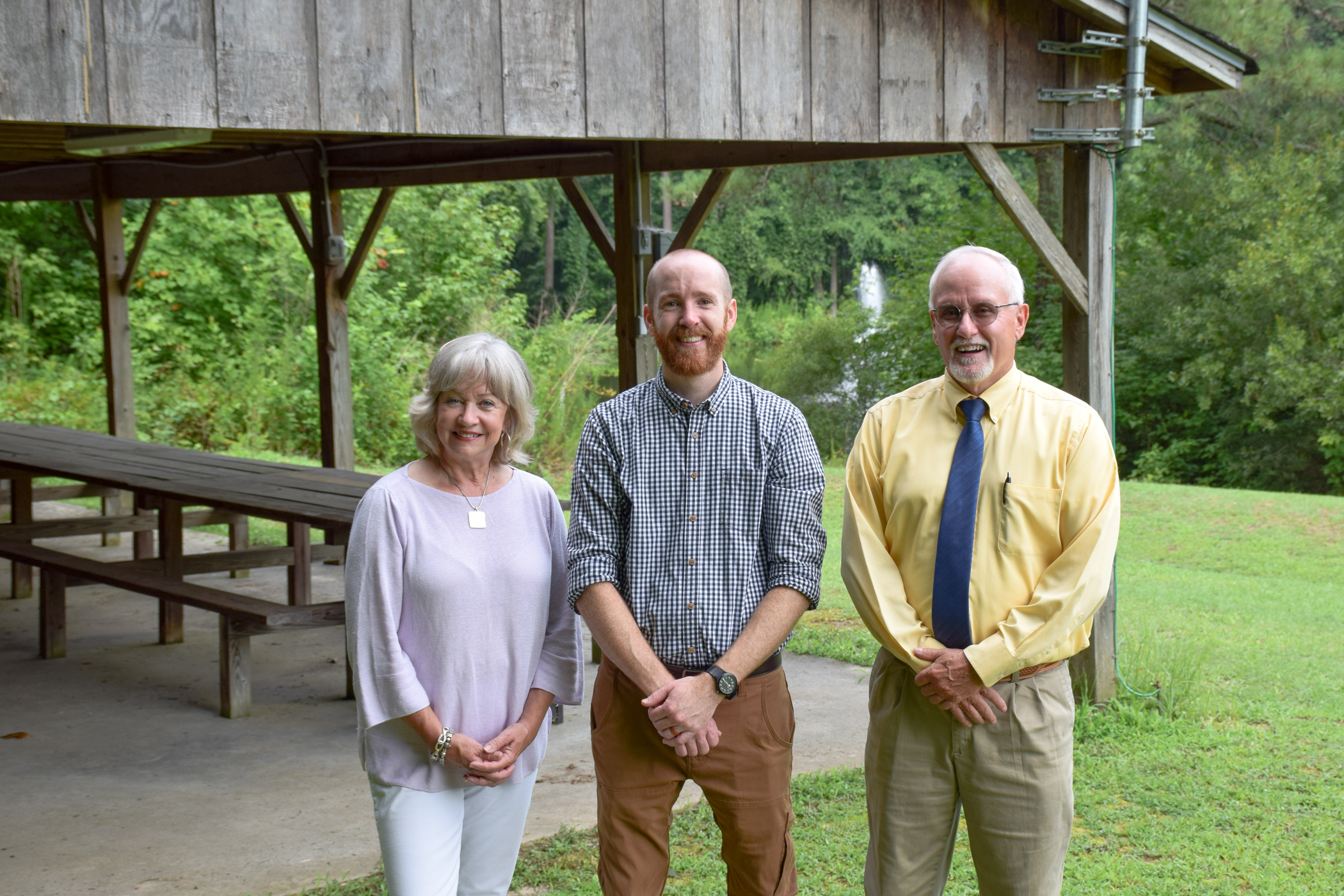 Nash Community College has announced the naming of the Christopher Kent Pavilion. The pavilion, also known as the Woodland Shelter, is located on the western edge of campus near the pond. Kent describes the pavilion as the best classroom he ever had, stating his desire to name the facility was to pay homage to nontraditional teaching methods and environments.
Christopher Kent taught Humanities and Social Sciences at NCC from 2013-2022 before departing to pursue a new career interest. Well-known around the campus for his creativity in bringing academic lessons to life, Kent enjoyed using the pavilion for teaching courses, working on class projects, cooking on the wood stove and playing banjo in his spare time.
While at Nash, he represented the NC Community College System in the World View Summer Institute at UNC-Chapel Hill, was appointed to the World View Board of Directors and co-chaired the college’s Global Education Committee. “Internationalizing the classroom is important because the more globally students think, the more globally they can act, effectively reaching out to the rest of the world and making an impact both at home and in the ever internationalizing job market,” he said.

A Tarboro native, Christopher Kent received his Mechanical Drafting Diploma from Edgecombe Community College. Afterward, he earned a Bachelor of Science degree in Political Science from East Carolina University. He studied abroad in Wroclaw, Poland and later completed a Master’s degree in Asian Studies/Civilization from Griffith University Brisbane Australia. He continued his education with graduate hours in History from American Public University.

For more information about the NCC Foundation, please contact Pam Ballew, Vice President of Advancement, at 252-451-8329.