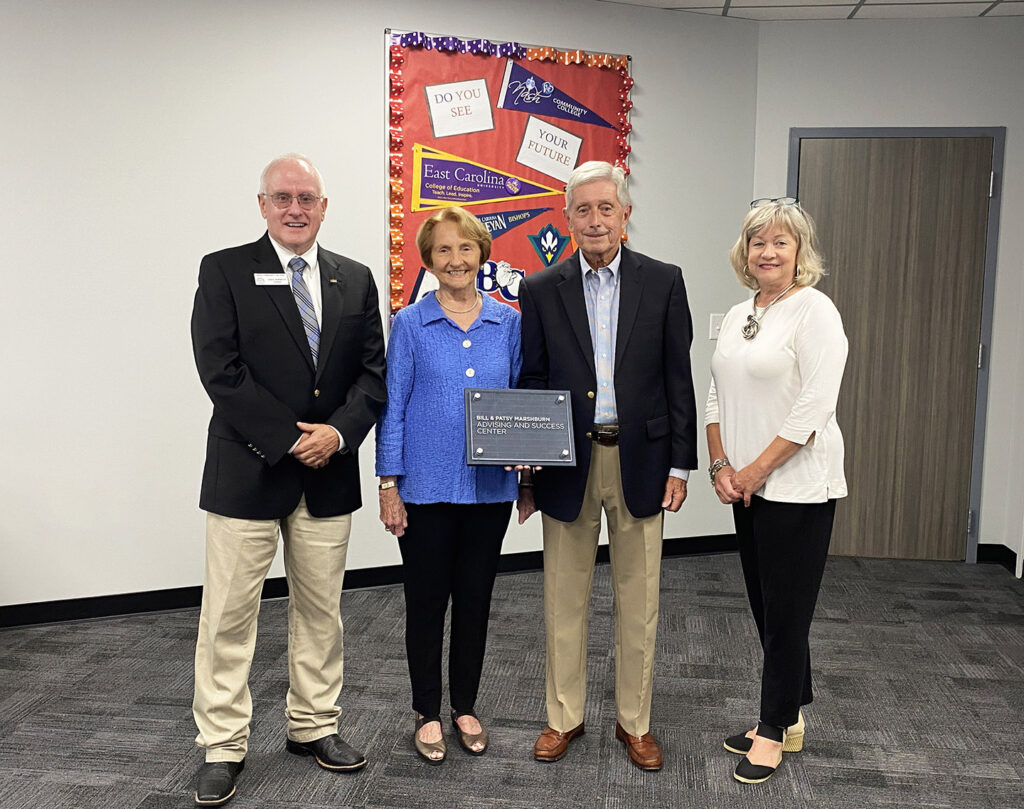 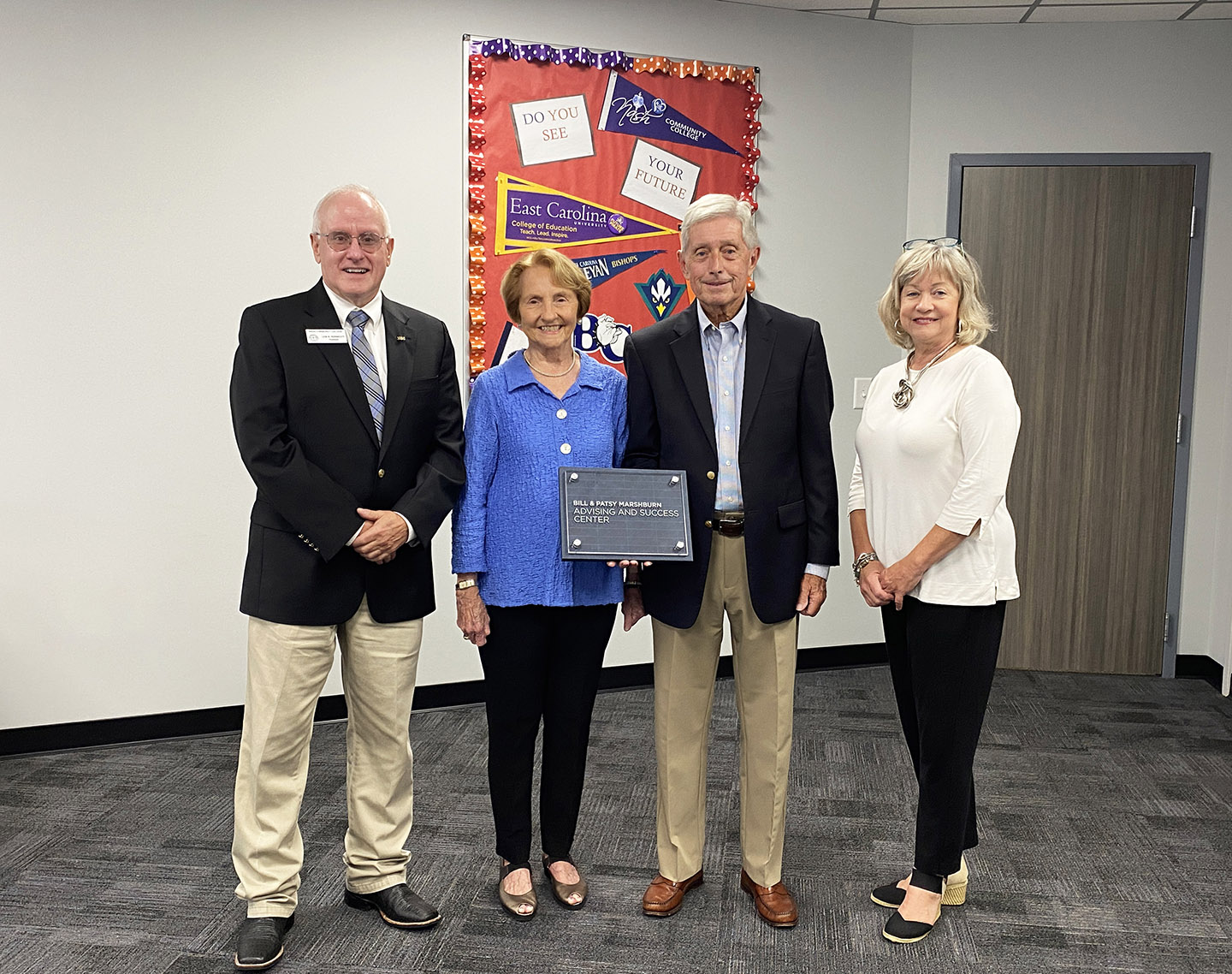 Bill and Patsy Marshburn established The Marshburn Family College Support Fund at Nash Community College as a demonstration of their commitment to educational opportunities in Nash County. This week, the college announced the naming of a popular student support area on its campus as the Bill and Patsy Marshburn Advising and Success Center. Located in Building A, the center connects students with academic advising, success coaches, tutoring services and on-campus resources, and is among the first stops students make on campus before enrolling.

Mr. Marshburn attended North Carolina State University and Mrs. Marshburn is a retired educator, graduating from East Carolina University as a music major. The Marshburns along with their family have been longtime supporters of Nash Community College.

The family’s commitment to the greater community extends beyond the college through the Marshburn family’s work as active civic leaders and members of Lakeside Baptist Church.

“We are proud to have aided in the growth of Nash Community College,” Bill Marshburn said. “The college is important to the county and the City of Rocky Mount. What we do to provide training and the expansion of technical skills is impressive. We have seen a lot of expansion in that area.”

The funds will be used to support educational programming, equipment purchases and professional development at NCC.

Cutting Away the Misconceptions of Natural Hair