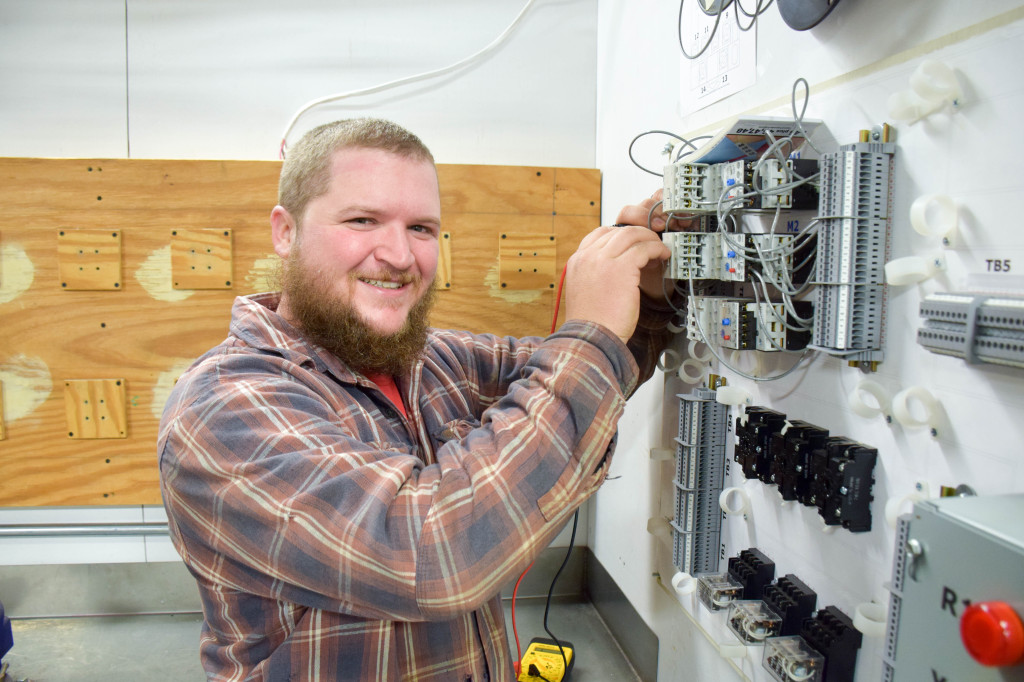 Joshua West of Littleton is a veteran, student, farmer and son and now has earned the title of Academic Excellence Award Recipient. As a student in Nash Community College’s Industrial Systems Technology program, West was selected to receive the College’s highest academic honor. Each year, the Academic Excellence Award is presented to North Carolina community college students who exhibit outstanding scholastic achievements. One student from each North Carolina community college represents their campus among the System.

“I was a 28-year-old, nine-year Marine Corp Veteran whose military career had been abruptly cut short due to a diagnosis of asthma and anxiety disorder,” Joshua West recalled. “After being medically discharged in 2014, I moved back home and spent the holidays with family and friends I had not seen in years due to deployments to Iraq and Afghanistan. I worked two jobs, as an auto mechanic and as a millwright, before deciding I wanted to do better for myself and my wife.”

Joshua West serves as the NCC Metalworkers Club secretary, and is treasurer and parliamentarian of the college’s inaugural SkillsUSA Chapter. He is a full-time student maintaining a 4.0 grade point average. In his free time, Joshua manages a cattle and crop farm with his father.

“My NCC journey began January 5, 2016.  I chose Nash because of the reputation of their Industrial Systems Technology program. There were other colleges with the same curriculum closer to home, but I had heard great things about NCC’s program,” he said. “The instructors are very knowledgeable, respectful and always willing to help.”

A graduate of Warren County High School, Joshua West is the son of Scott and Sharon West of Littleton.