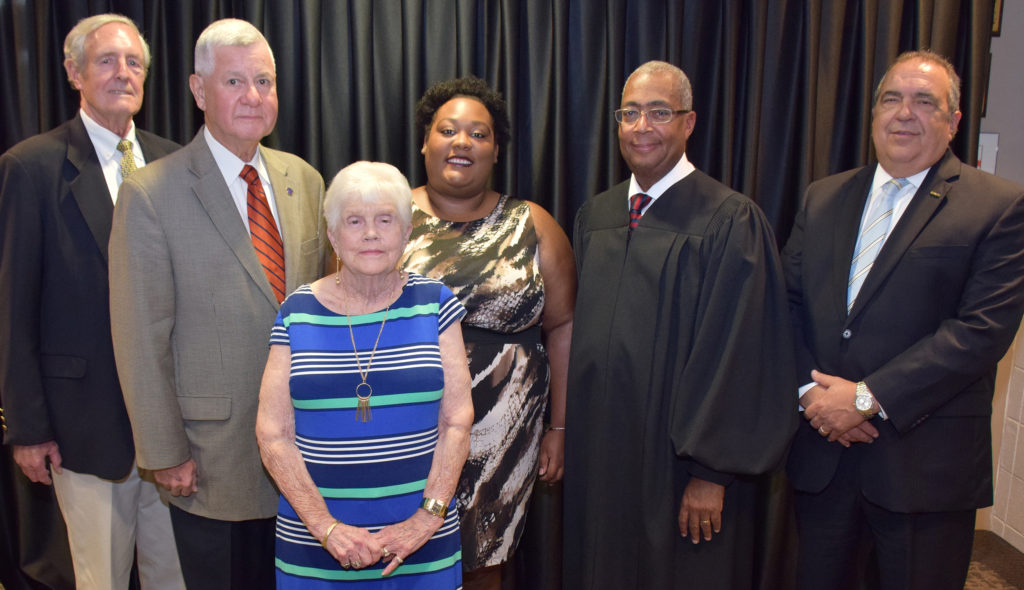 At the Nash Community College board meeting held Monday, September 18, 2017, James Martin of Rocky Mount was sworn in by Superior Court Judge Quentin Sumner, as a new member of the College Board of Trustees. Martin was appointed by North Carolina Governor Roy Cooper to fill the seat of Danny Tyson whose term expired. Tyson began serving as a Board member in 2001.

“We are pleased that Mr. Martin has chosen to serve the community as a trustee at Nash Community College. His longstanding commitment to the Twin Counties will benefit the students we serve, and his experience will be an asset as we move forward in our fiftieth year,” President Dr. Bill Carver said.

Paul Jaber was appointed to serve as 2017-2018 Board Chair. Trustees Mary Wells and Wayne Outlaw were re-appointed for four-year terms, and Student Government Association President, Chelsey Blackston, will serve as a student representative on the Board of Trustees.

Trustees may be appointed by the North Carolina Governor, Nash County Commissioners or Nash-Rocky Mount School Board for a four-year term and may serve longer if re-appointed.