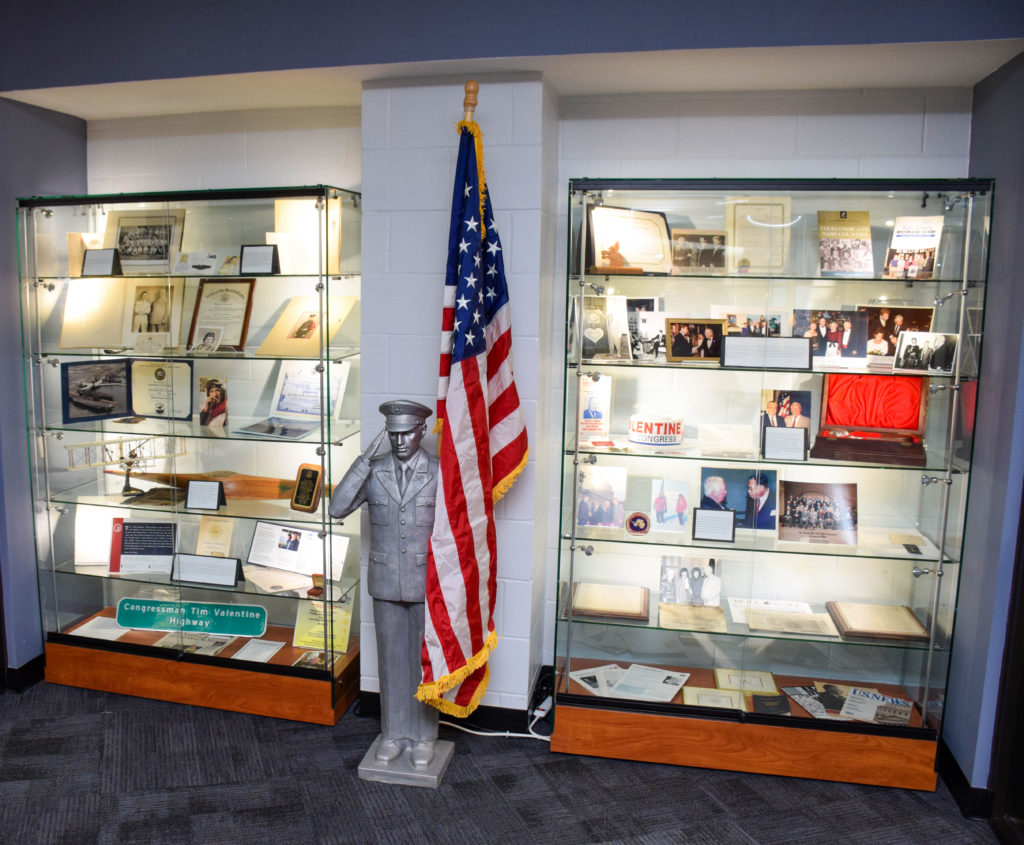 Friends and family gathered on Wednesday, November 20, 2019 to honor the legacy of former United States Congressman Tim Valentine during an unveiling ceremony for The Tim Valentine Collection in the Nash Community College Library.
Itimous Thaddeus “Tim” Valentine, Jr.  was born in Rocky Mount, North Carolina, on March 15, 1926 to Itimous Valentine and Hazel Armstrong. Raised in Nash County, he graduated from Nashville High School before the outbreak of World War II.

In 1944 he joined the Army Air Forces and served in the Pacific theater. After his military service he graduated from the Citadel Military Academy in Charleston, South Carolina and subsequently earned a Law degree from the University of North Carolina at Chapel Hill. After Law School he joined the family law firm, The Valentine Firm, in Nashville, North Carolina. 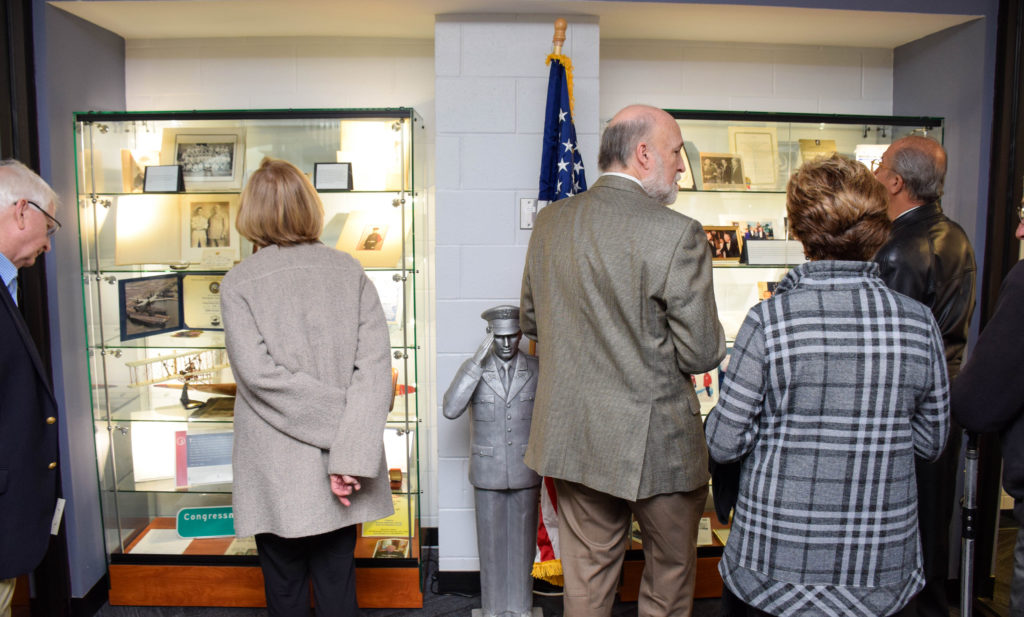 Recalling his service with Congressman Valentine, former Senator A.B. Swindell said, “Tim Valentine did what was right for all people. He had everything it took to be a successful congressman.”

Valentine is remembered as being a proponent of the Voting Rights Act during the Civil Rights Movement, and for community service to the citizens of  the 2nd district. A portion of U.S. Highway 64 that runs through Nash County is named for him in recognition of his public service to the people of North Carolina.

During the ceremony, Valentine’s wife, Barbara, shared that Congressman Valentine expressed his interest in preserving the history in the scrapbooks. NCC Trustee Jim Martin and President Emeritus Dr. Reid Parrott were instrumental in facilitating the donation of the collection. 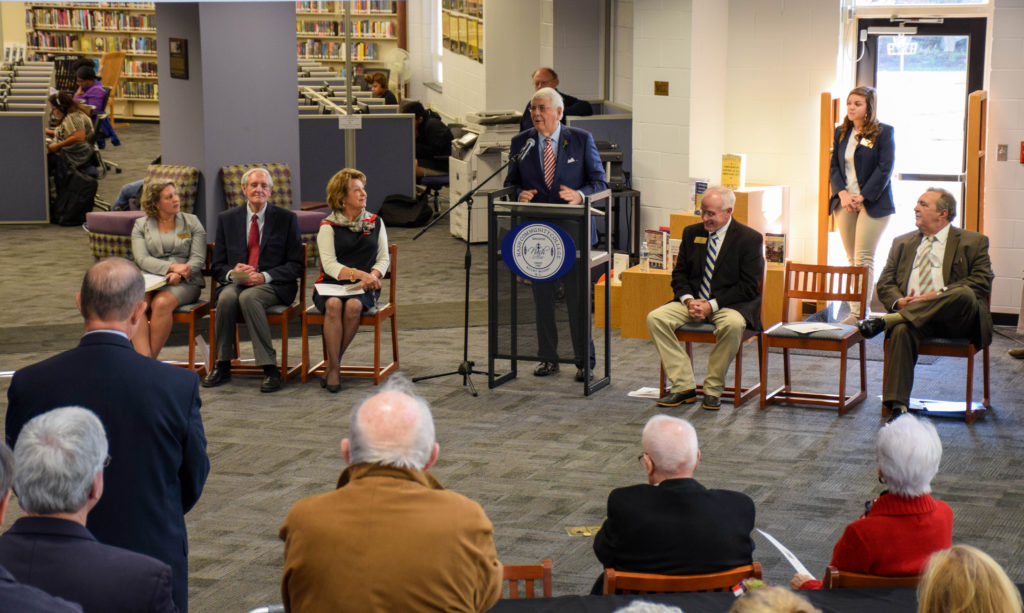 The exhibit includes memorabilia from Valentine’s life including more than 75 scrapbooks, images from his childhood, World War II artifacts, and items related to his experiences in aviation, law and public service. Additionally, news clippings, hand-written notes and other materials represent his political service. 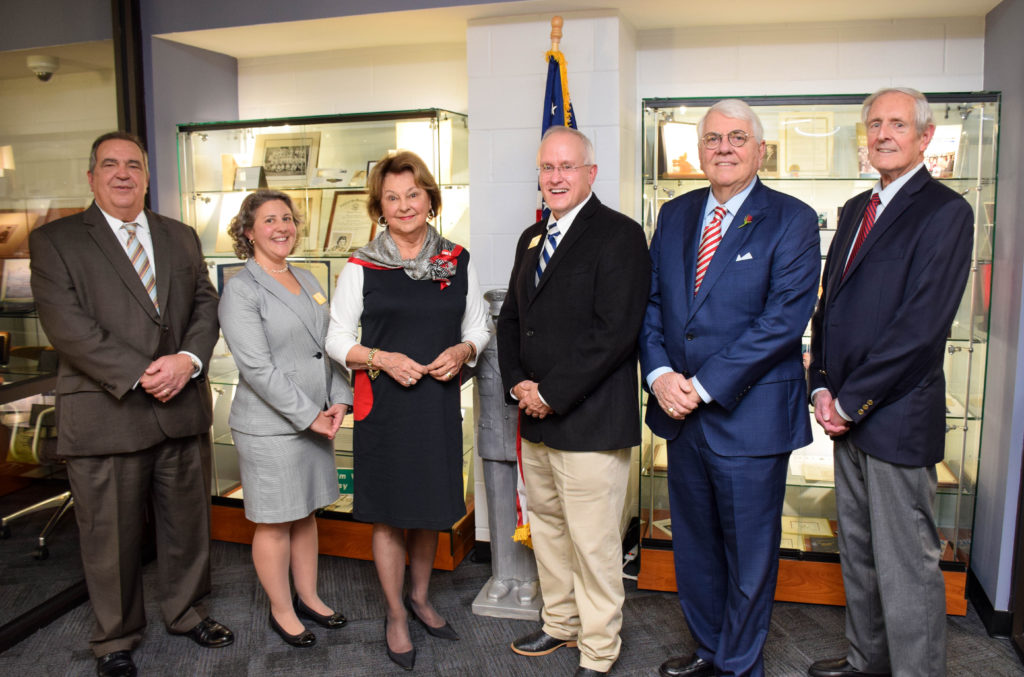 The Tim Valentine Study Room and material in the Nash Community College Library Archives are valuable resources for students and scholars doing research on the connections between local, state, and national politics and public service. Artifacts, photographs, scrapbooks, documents, and other primary sources that record the life and career of Tim Valentine are available for research upon request at the library service desk. 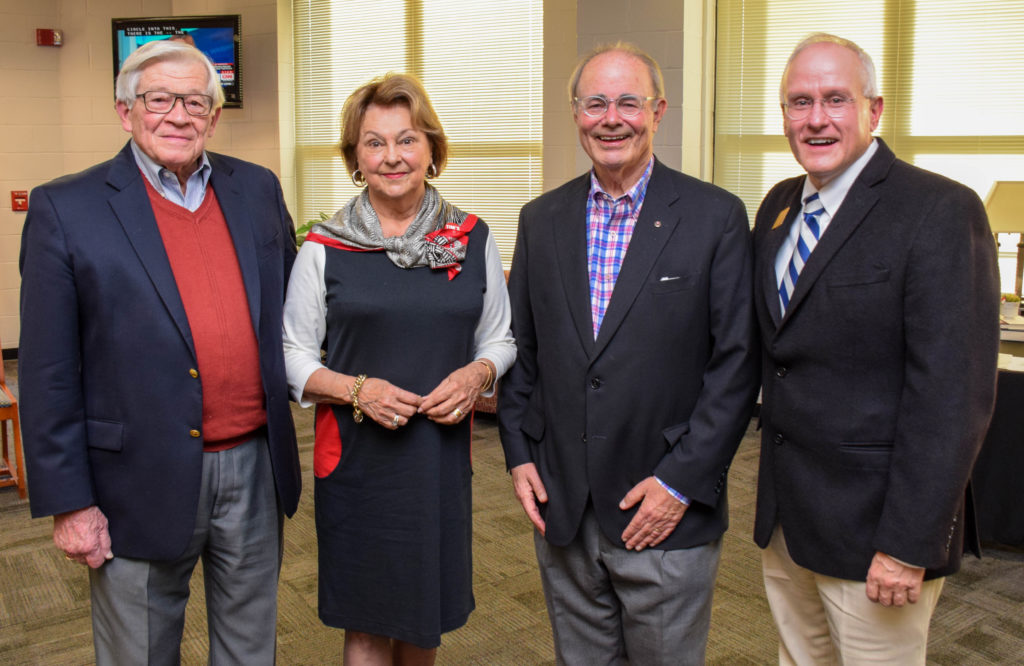 “The Nash Community College Library takes pride in showcasing the Tim Valentine Collection and working toward having the scrapbooks scanned to be available to researchers both in Nash County and at a distance,” Guido said. “Instructors across the curriculum will be able to assign research projects using primary sources from a Nash County perspective.”