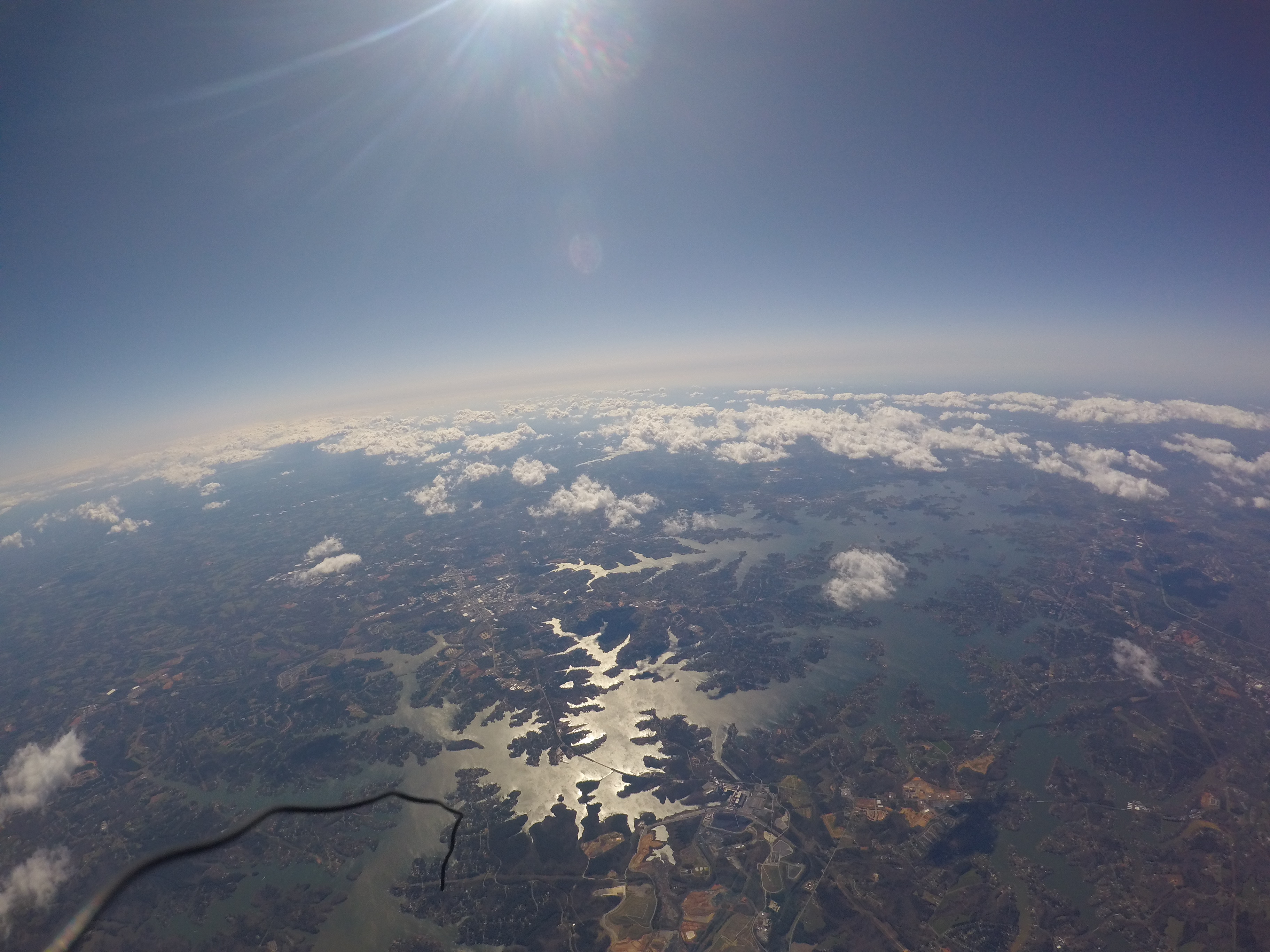 Photo of Lake Norman taken from the Nashtronaut Team payload

At the competition, teams incorporate the NASA design cycle to design, build, test and fly a scientific experiment onboard their high altitude balloon payload. Student teams attended virtual sessions to monitor progress and ask questions. Then, at the end of the academic year, the teams launched their payloads at a balloon launch and retrieval team competition.

NCC’s student group, known as the Nashtronauts, were awarded for Best Outreach for their work with the Nashville Elementary School STEM (Science, Technology, Engineering and Math) class. They also won the 2022 Best Overall Team Award. 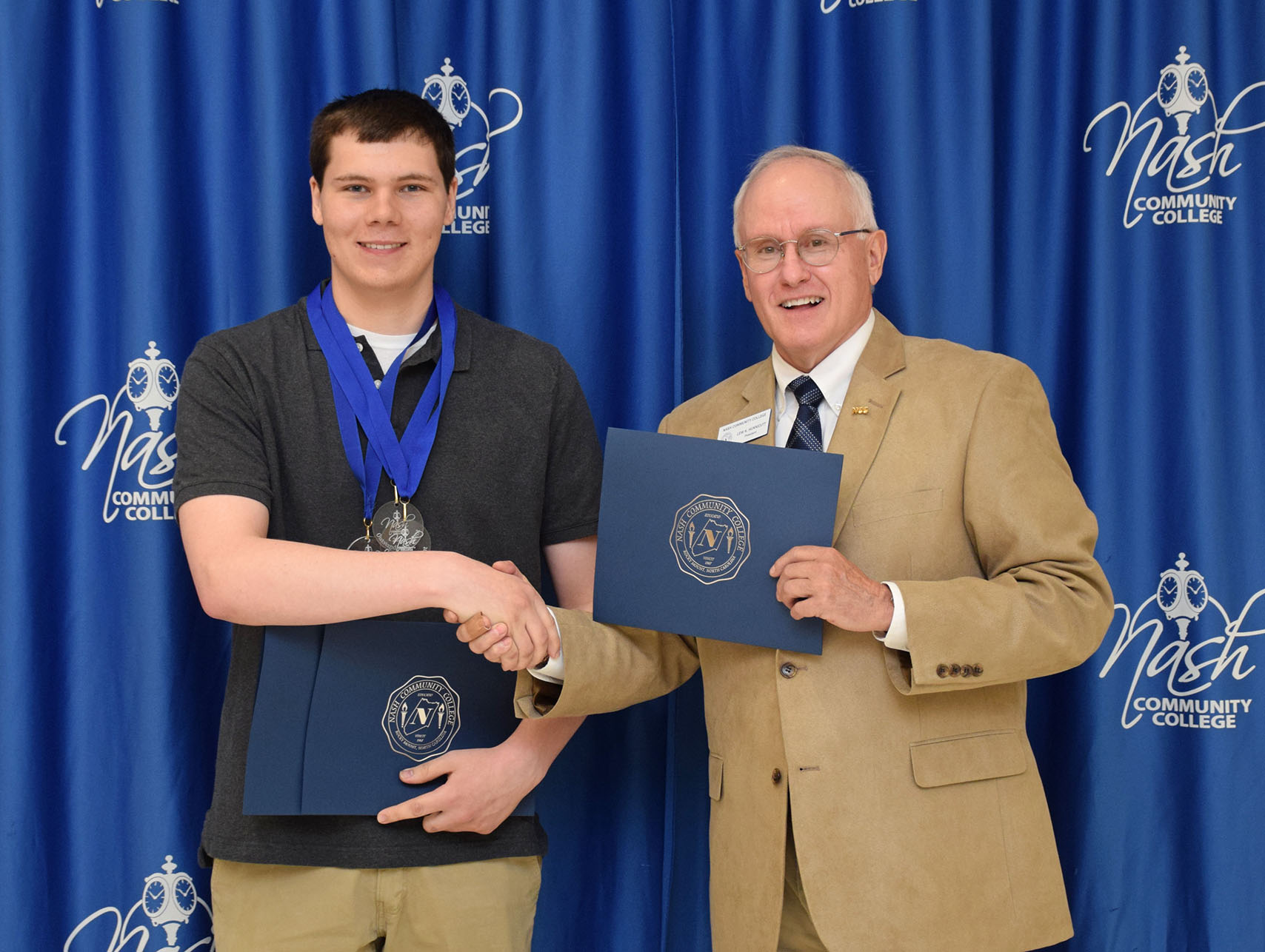 NCC student Grayson Morris received the College’s MVP Award this year for his extensive work on several of the systems housed within the payload.

The majority of this project was funded by the Nash Community College Foundation Mini-Grant Program. The Nashtronauts utilized two NCC Foundation Mini-Grants this year, allowing them to fund their test launch and outreach with Nashville Elementary school, as well as expand participation to double the typical number of team members.

The North Carolina Space Grant developed the High Altitude Ballooning Competition for community college teams in 2014. The program has been a huge success and many colleges now have ballooning design incorporated into their STEM curriculum.