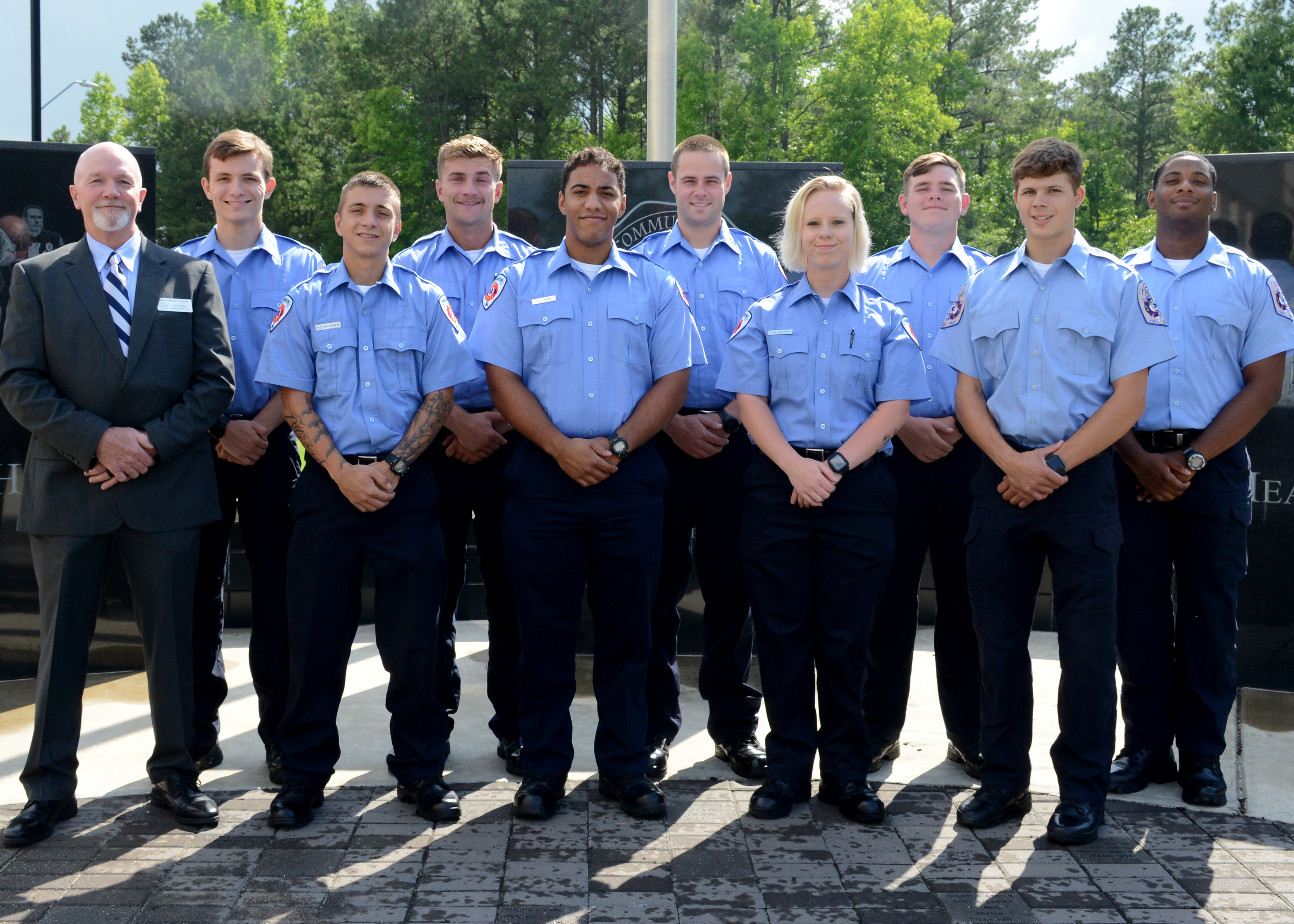 Cadets graduated from Nash Community College’s Firefighter Training Academy on Thursday, June 23, 2022 during a ceremony held in Brown Auditorium. Offered twice each year, the academy’s mission is to recruit and train diverse students for a prosperous career in the fire service. Click to watch the ceremony video.

“Nash Community College Fire Academy is a lighthouse in the fire and emergency services world,” Willie Kearney, NCC Fire Services Coordinator and Instructor, said. “We have a touted reputation for producing highly trained entry-level professionals for the fire and rescue service.”

Tuition for the Fire Academy is $1,300 and includes books and a uniform, or for members of volunteer fire or rescue departments, approximately $600. Scholarships may be available.

Prerequisites for the Fire Academy include a high school diploma or high school equivalency and medical screening. Nash Community College’s next 19-week Firefighter Training Academy is scheduled to begin August 1, 2022. For more information, visit www.nashcc.edu/fire or contact japarks297@nashcc.edu or (252) 904-1192. 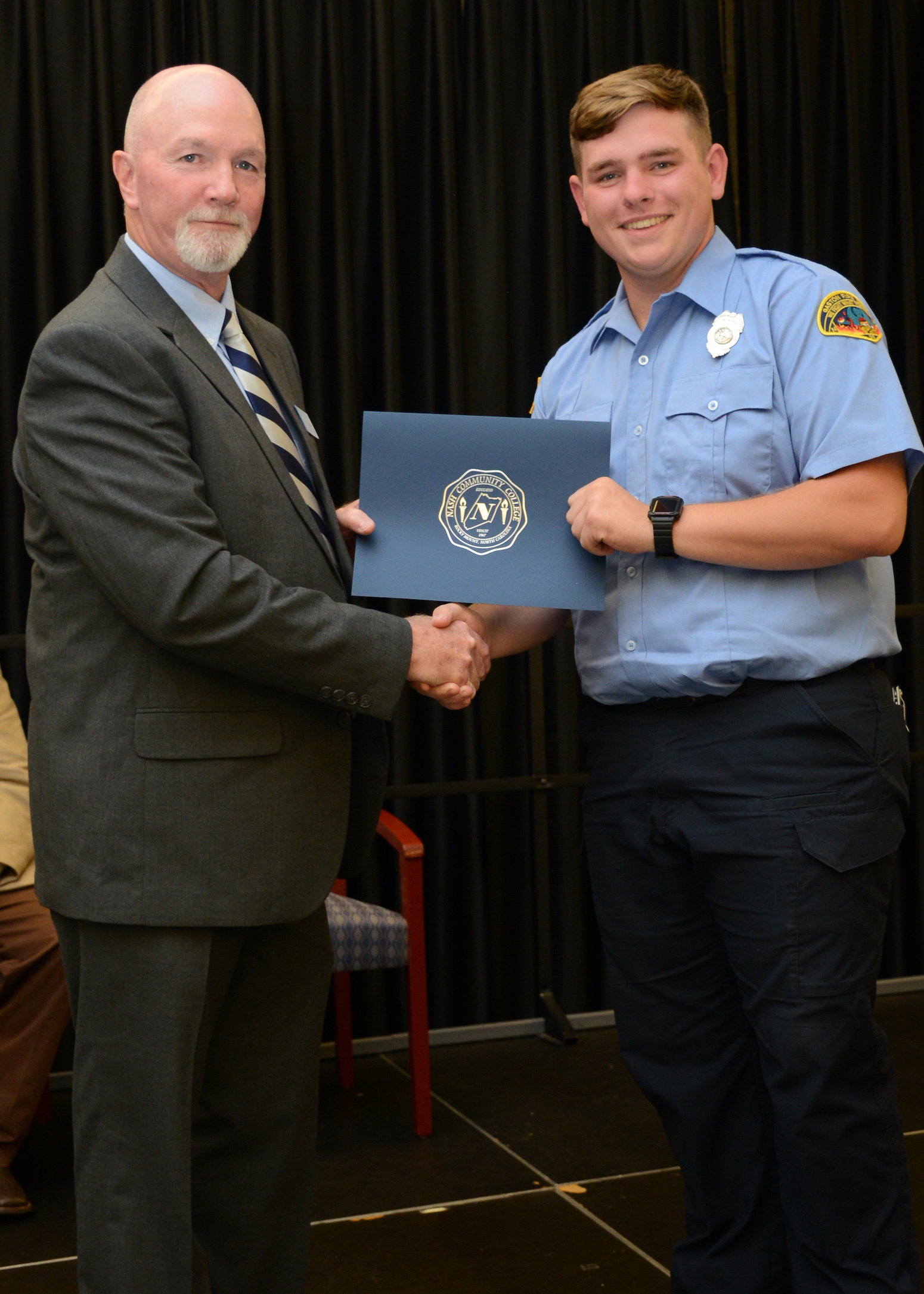 The firefighter’s performance determines this award as it is given to the student with the highest academic average. Mahaffey’s grade point average was 94.7. 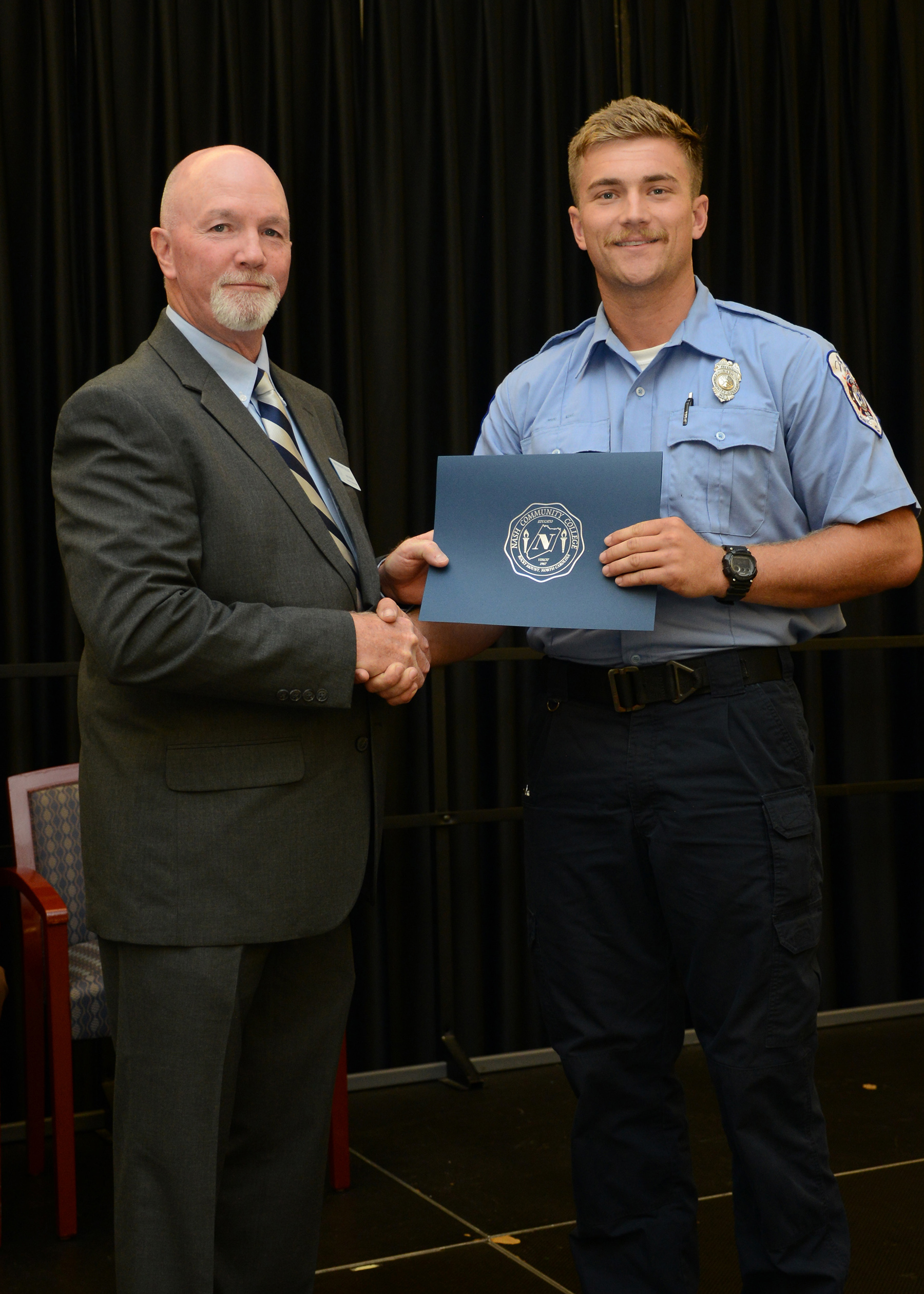 The Flame Award is awarded to the student who is the most outstanding based upon overall accomplishments. This award recipient is determined by a majority vote from all the students in the academy and is based on teamwork, fellowship enthusiasm and cooperation.

In the early days of the fire service, leaders gave orders to their troops with a large brass horn commonly called bugles. The bugle later became a symbol of leadership and the higher rank an individual achieves in the fire service the more bugles they can attain. The NCC Fire Academy presented the Bugle Award for the first time ever recognizing excellence. This is an award that most likely will not be presented at every academy, but will be determined in special circumstances. In this case, the leadership felt the award was warranted to honor one cadet’s exceptional leadership qualities including discipline, delegation, communication, teamwork, encouragement and leading by example.
Instructional Excellence Award – Captain Matthew Hux, Rocky Mount Fire Department

The Instructional Excellence Award recipient is selected by the class and is awarded to the instructor that the class feels was the most influential throughout their training.