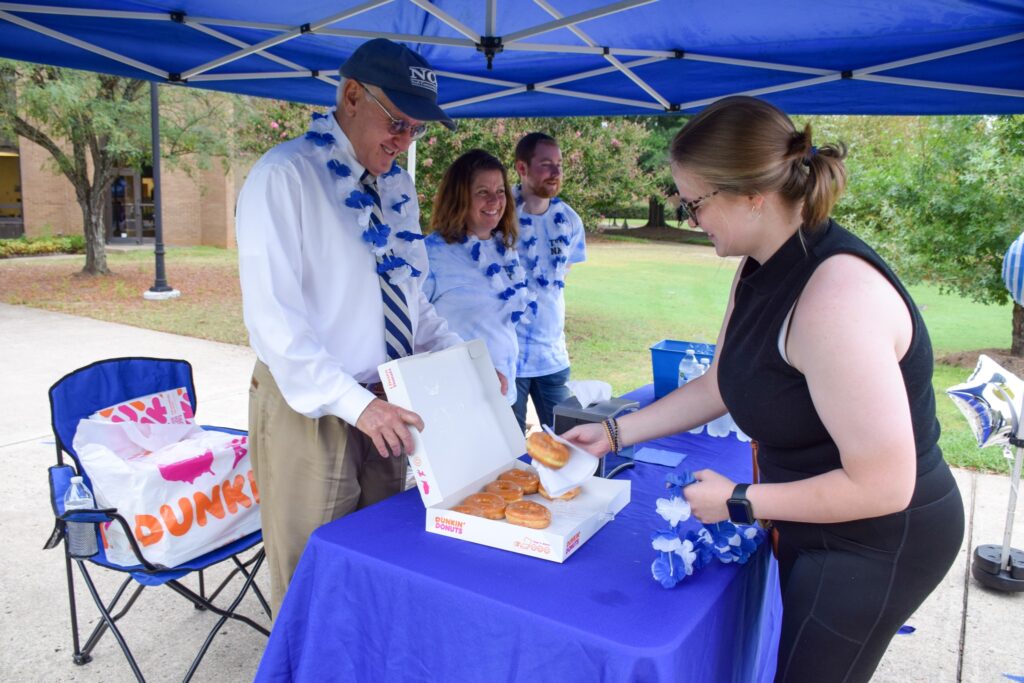 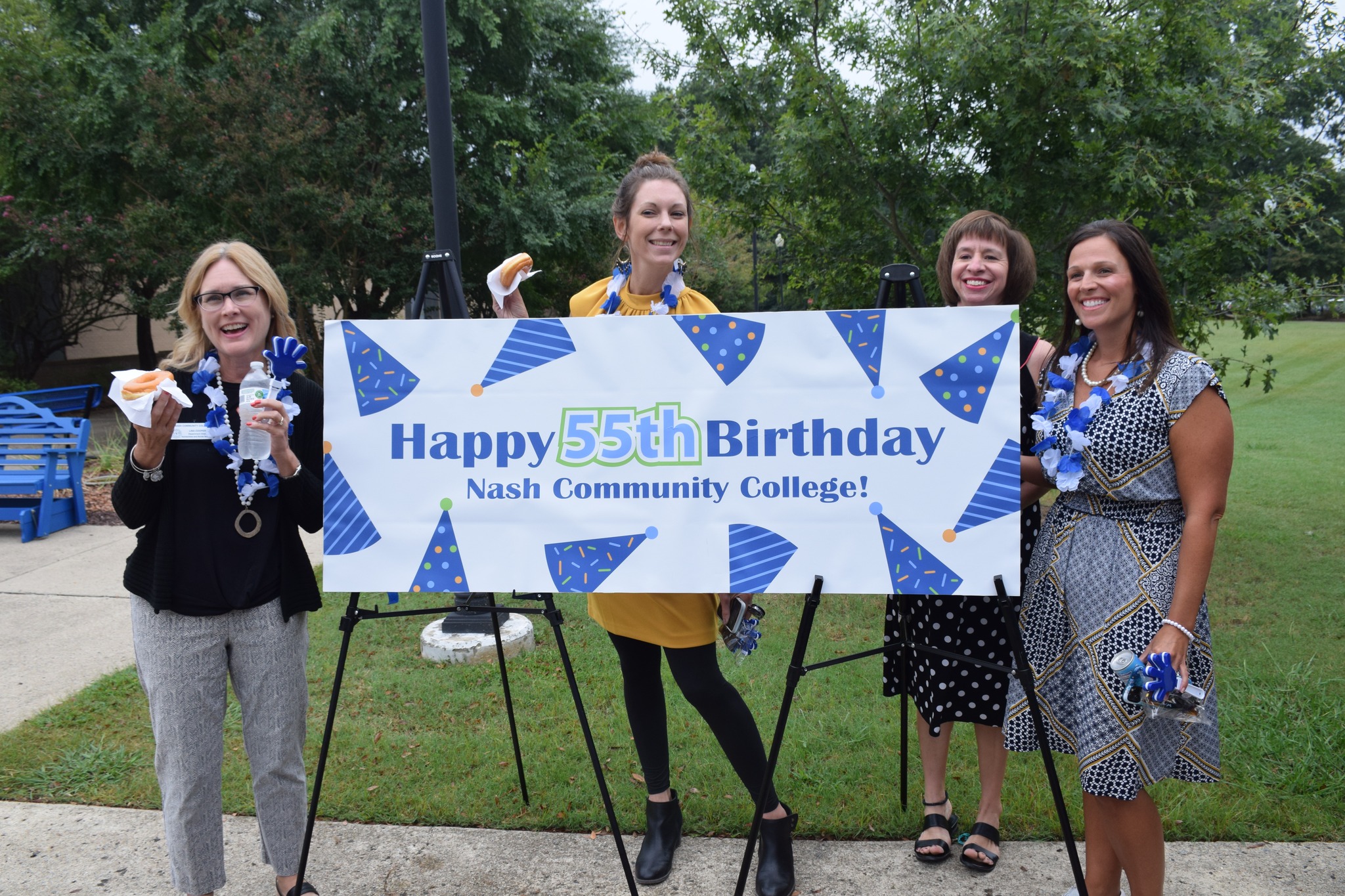 Nash Community College President Dr. Lew Hunnicutt, along with the Student Government Association, hosted students, faculty and staff at two campus-wide celebrations to honor the college’s 55th birthday on September 7, 2022.
The North Carolina General Assembly passed the Community College Act in 1957 providing an avenue for local governing bodies to establish institutions in their own communities. The first Board of Trustees for the college, then called the Nash County Technical Institute Unit, was appointed in 1967. The college was established as Nash Technical Institution on September 7, 1967.
Looking back over the years, one can appreciate the hard work and perseverance of the campus’ leaders. The concept of technical institutes and colleges drew opposition across the state from the general public and private educational institutions. The obstacles that early leaders faced to get a college operating were many. Most campuses began in very old buildings, including Nash Technical Institute which began at Benvenue High School and the old Stoney Creek building. The beginnings of the North Carolina Community College System were humble.
In 1982, Nash Technical Institute became Nash Technical College. Then in 1987, the General Assembly gave authority to Nash Technical College to convert to a community college, enabling the institution to offer the college transfer program and to change its name to Nash Community College.
Over the years, dedicated employees, administrative teams and boards of trustees have offered unfailing support that has led the campus where it is today. The college offers many programs of study, services to meet the evolving needs of the community, cutting edge technology and modern facilities. Located on 124 acres, the campus serves approximately 12,000 citizens annually and employs approximately 500 full-time and part-time employees.

NCC Learns and Adapts During the Pandemic